What do you think of when you think of Spanish cuisine? Paella, cured ham and chorizo, red wine, Spanish omelets, churros, or heaven forbid, tacos and burritos?

Okay. so let us put the Mexican food to one side, Spain has so much more to offer in terms of food and drink. Forget what you think you know about Spanish food and try to start from scratch when you arrive. Spain is such a diverse country in terms of culture, with 17 regions, each with their own history, foods, and some even their own languages. There are very few staple dishes to be found in Spain, rather each region has its own specialty, calling out to be tasted. It’s important to familiarize yourself with local cuisine and ask around for suggestions of traditional dishes to try.

Is there anything worse than sitting down to a meal when traveling, your stomach is rumbling and suddenly you end up being disappointed? With all this variety, deciding what to eat in Spain can be daunting to say the least. But keep these tips in mind when ordering and you should be able to avoid that dreaded dissatisfaction, and have much more enjoyable and memorable meals.

Unless you are staying or living in Valencia, or at a Valencian restaurant, don’t order the famous yellow paella valenciana. You may think you are getting a truly unique dining experience when in fact most of the time, it was probably frozen in a bag before it found its way onto your plate. Paella is a regional dish originally from the coastal city of Valencia. It has evolved and become symbolic of Spanish cuisine around the world, though for Spaniards it represents something quite different. In fact, you run the risk of offending people by ordering saffron paella outside of Valencia. Every region is immensely proud of their local dishes, and ordering paella in the Basque Country is equivalent to ordering a burger in Mexico, if you catch my drift.

Paella and most Spanish rice dishes are also festival or picnic foods, usually cooked on enormous skillets over an open flame outside with friends and family in the surroundings.

Local alternatives: There are many other enjoyable rice dishes to be found in Spain such as arroz con pollo or translated – chicken and rice. In northern Spain, instead of rice you will find more stew and heavy soup dishes on the menu.

There is a joke that floats around Spain about how to spot a tourist, one being said is they’ll be the only ones in the bar drinking sangria. Sangria is a drink for fiestas, for teenagers to buy and drink on the cheap; it is not the traditional drink in Spain nor is it very common. The only time I have seen Spaniards drink it is when they buy a box of Don Simón sangria for 1 euro in Mercadona (the local supermarket) to drink in the streets during local festivals.

Local alternatives: In northern Spain locals drink calimocho, a mixture of red wine and coke while in the south probably the popular drink especially for the ladies are tinto de verano, which is red wine and sparkling water or even lemon Fanta during the festivals, white wine and 7-Up or sprite. Stick with one of these choices and you’ll fit right in!

I’ve only ever tried gazpacho once in a restaurant as an appetizer in Malaga. Traditionally served only in southern Spain in the hot summer months, gazpacho, a cold tomato soup, is not really a staple dish in the Spanish diet these days, at least outside Malaga. Most people buy it in cartons at the local grocery store as an easy alternative to dinner but it’s probably not worth whatever price you find for it on a restaurant menu, not to mention it probably came from the local supermarket.

Local alternatives: Salmorejo is a thicker version of gazpacho, originally from Cordoba in the south. Heavier, with more substance and flavor, it’s making its way onto menus around the rest of Spain, served in a variety of ways. I even tried it served in various layers in a shot glass in Logroño.

Tapas should never cost more than 3 euros unless it’s served at a fancy gastronomic style bistro bar or you receive a large bowl which no longer can be described as Tapas; same goes for a glass of wine. Costly tapas are geared straight for tourists and are not only overpriced but probably bulk cooked and not great quality. Usually tapas cost 1-2 euros or come free with a drink, for example in Granada or Madrid. The whole concept of tapas evolved from cheap eats and great variety meaning you should probably be able to down at least 4 or 5 for dinner for 10-15 euros with drinks. Tapas are made to be eaten while standing and chatting, never sitting down in a restaurant. Avoid tapas at lunch, it’s more of a dinner dish eaten out with friends while having a glass of wine or three.

Local alternatives: my best advice for finding good tapas is to ask the locals. Usually tapas bars are grouped together along one street or two in the old quarter of any given city, easily spotted by wine barrels outside the doors for eating, drinking and smoking outside.

It’s important to remember the layout of daily meals in Spain. Usually breakfasts are small and simple, lunches are large and extravagant, several courses, and dinners are short and light. The standard breakfast in Spain ranges from toast to healthy cookies to a quick café con leche(espresso and milk) to fruit or mini baguette sandwiches. Rarely are breakfasts served warm and almost never include heavy foods like fried eggs, bacon, potatoes or beans. Because lunch is served later, usually from 2-3 in the afternoon, many people skip breakfast altogether, have a quick noon snack and then tuck in for a big family lunch.

Local alternatives: my favorite breakfast meal in Spain is tomato and olive oil toast (tostada con aceite y tomate), served mostly in the south and on the coast. Fresh bread is toasted then topped with olive oil and tomato that has been peeled and ground with a cheese grater, sprinkle it with salt or the famous Spanish cured ham (i prefer Serrano Ham) and you will fit right in with the locals. If you need something heavier, order a pincho de tortilla, a slice of the famous Spanish potato omelet.

Next Up….Architecture by Antonio Gaudi 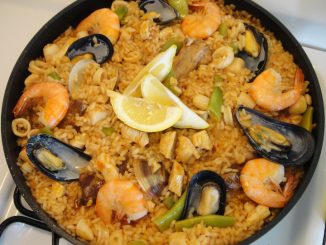 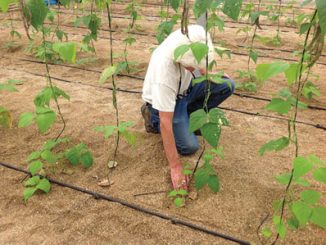 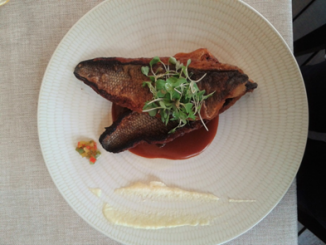 16 Comments on 5 Foods to Avoid in Spain!