Siesta, midday drinks and two-cheek kisses; one expat in Spain adjusts to Spanish cultural norms as she lets go of her American customs in exchange for Spanish habits.

Spanish cultural norms have a stronger influence on social life in Spain that some foreigners expect. Adopting Spanish habits was the easiest – and funnest – way to integrate into life in Spain, American expat Rebecca Bellan found. Here are six habits you have to lose in Spain.

Even though Madrid is far from the coast, the Madrileños live an easy Mediterranean lifestyle – and so do many Spaniards.

My first impulse was to use the free siesta hours to run errands. I was immediately frustrated to find nunca de las tiendas (no shops) open. I couldn’t buy a piece of fruit or get a haircut to save my life. All of a sudden, between 2pm and 5pm, I was living in a ghost town. I had to realise that Madrid isn’t like America – where the consumer is catered to at nearly every hour. Spaniards like to take the time to enjoy their lives, and soon I was doing the same.

Instead of getting things done, I’d have a caña or even a jarra of Mahou or Estrella beer with my long lunch. I’d sit outside and watch tourists and prostitutes bustle around the shops. I’d walk along the Manzanares River with a pan de chocolate fresh from the pastelería. Or, if I was out dancing at Kapital the night before, I’d just lay down and close my eyes on the sofa. The office wasn’t going anywhere. Que será, será – what will be, will be. 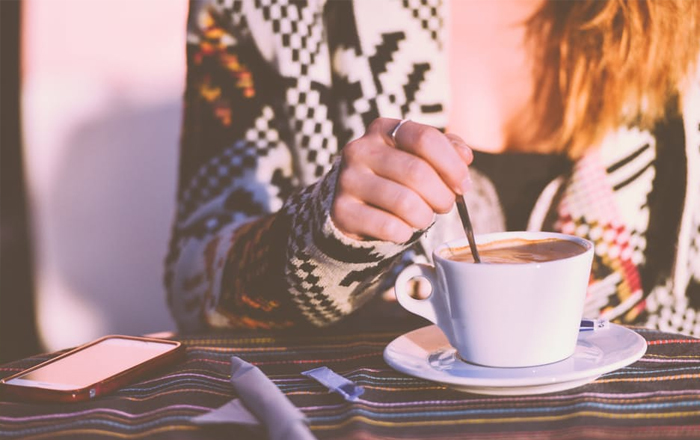 2. Give your stomach’s internal clock a new schedule

A typical American might have breakfast around 8am, lunch around noon and dinner around 6pm. It took my stomach a long time to get over this routine and accept that lunch didn’t happen until 3pm or 4pm and dinner was never served until 9 to 10pm. This was an even bigger culture shock than the language.

My confusion deepened when my host mother fed me chocolate chip cookies with my coffee for breakfast – un desayuno dulce or sweet breakfast – but gave me Spanish omelette, or tortilla, for dinner.

Once I got a handle on my stomach’s desires, I realised that the wait for a late lunch was well worth it. Comida is the biggest meal of the day, and I loved that nobody judged me for washing it down with a glass or two of vino tinto (red wine). In fact, Spanish restaurants encourage a little midday drink to go along with your relaxed lunch.

And it was never hard to find a place to eat or good food in Spain. All I had to do was walk around the narrow, grey-brick streets of Sol or Cortes to find a plethora of cafes offering up their Menú del Día, or ‘menu of the day’. Each pre-fixed menu includes a first course, second course, postre (dessert) and a drink for the low price of less than EUR 10. I enjoyed starting off with paella de la casa or gazpacho Andalúz, then feasting on bacalao al horno (oven cod fish) or albóndigas en salsa (meatballs). Oh, and the pan! Spaniards rarely sit through a meal without a basket of crusty white bread. 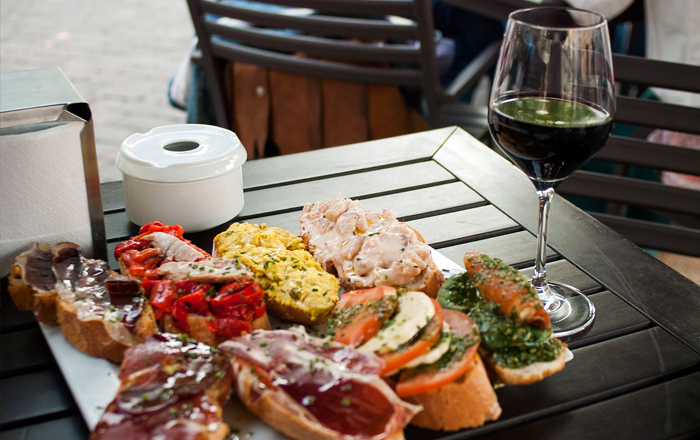 Ernest Hemingway writes in Death in the Afternoon that ‘to go to bed at night in Madrid marks you as a little queer…Nobody goes to bed in Madrid until they have killed the night’. Where Americans have perfected the art of binge drinking via shots, funneling beers and keg stands, the Spaniards are slightly more sophisticated drinkers who see a night out on the town as a marathon, not a sprint.

Like many Americans, I was accustomed to going home when the bars close at 2am. This, however, is the hour that partygoers in Madrid turn up. The clubs in Madrid stay bumping until the metro reopens at 6am. To assimilate into this most serious of nightlifes, I had to learn to take my time and pace myself.

My favourite form of pacing was tapear, to go out for tapas. You eat a little of the free swag that comes with your drink; sip, bite, bite, sip. By doing this, I was able to remain in a constant state of tipsy until I made it to the club (often Joy Eslava, sometimes MoonDance). Aside from gallivanting in Madrid’s La Latina neighbourhood and on Calle Cava Baja for the best tapas bars, I liked to frequent San Miguel Market for a classy, one-stop ‘mercado’ for all the small plates I could eat. 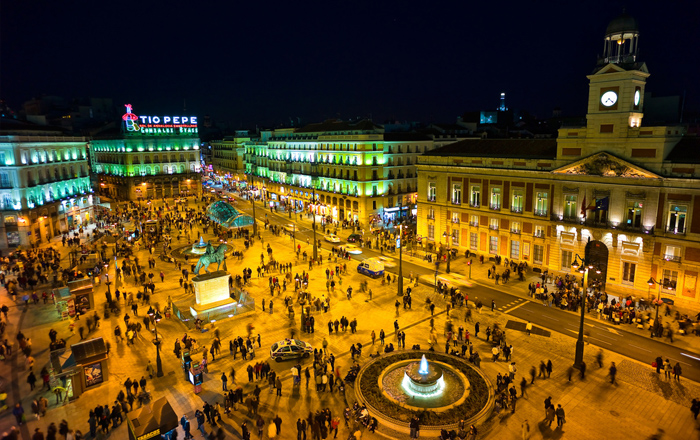 4. Entertaining at home is somewhat taboo

Even in the dead of winter, Madrileños socialise outside the house. Back home, it’s perfectly normal to have friends over for dinner or a party. But in Madrid, they consider staying in to be a sign of economic hardship, of succumbing to la crisis. If there was ever a weekend night that I didn’t go out, my host mother would immediately ask if I was sick: ‘¿Qué pasa? ¿Estás enferma?”

Not everyone is expected to spend money when they go out. Your’re just expected to leave the house and meet up with friends or family, often in public squares like Tribunal, Alonso Martínez or Puerta del Sol in Madrid. It wasn’t always bad, especially when I had a bottle to share with buddies and vendors selling cans of beer for EUR 1. While street drinking, referred to colloquially as botellón, is considered illegal, the law is rarely enforced as this activity is as popular a pregame in Spain, as much as tailgating is in America.

And in case you haven’t picked up on this point yet, Spaniards like to spend time outside late at night, and I’m not just talking about the party animals. I remember being shocked at first to see young children roaming the streets with their parents and giggling at street performers in Plaza Mayor or on Calle Montera at 11pm. Shouldn’t they be in bed? Why are their parents exposing them to nightlife debauchery? Do you think that kid knows that he’s playing right next to a gaggle of prostitutes? 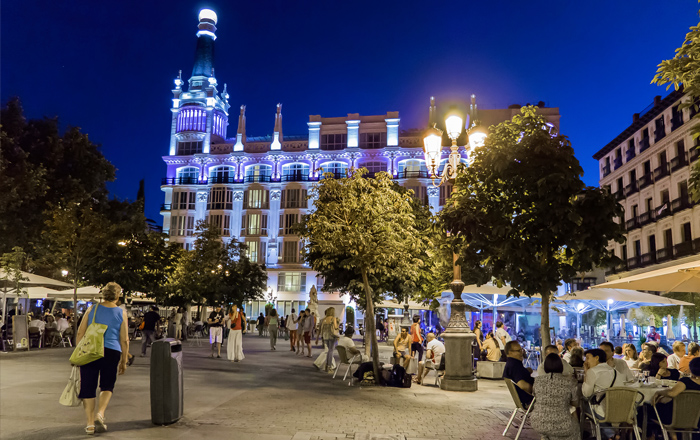 Spanish culture is where you might grasp a new friend’s hand only to pull them close and plant a kiss on each cheek, first the right, then the left. Instead of saying, “Nice to meet you,” or “Mucho gusto,” the elegant Spaniards would say, “Encantada” or ‘enchanted’. I love it, and still say it when I meet new Spanish-speakers. I also learned that, even though Spaniards aren’t very punctual people, they see arriving late as just as big an insult as arriving early. I made it a point to arrive exactly on time for things like interviews or meetings in Spain.

Before my first interview for an internship at a local magazine, I arrived early and waited nervously outside the building for my 11am meeting. At 10:57am, I began to make my way into the office, all the while checking my watch to make sure I was arriving exactly on time. Within seconds of opening the door to the office, my interviewer walked toward me with open arms, clearly gearing up for that still somewhat awkward cheek kiss. No handshakes in this oficina, just some warm Spanish amor. 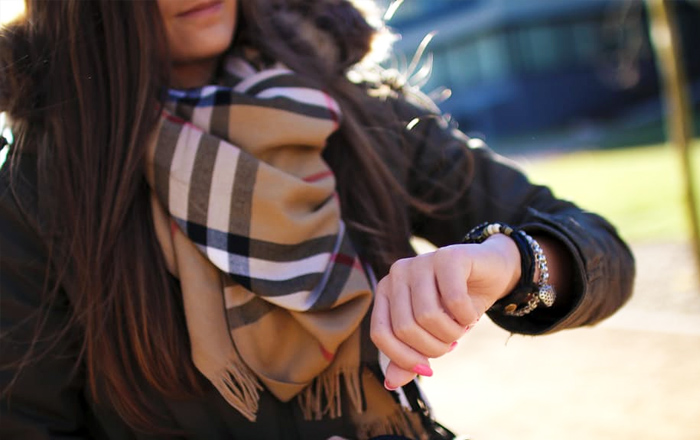 6. Sleeping in on a Sunday is a waste of time

El Rastro, Madrid’s famous open-air flea market in La Latina, happens only on Sundays. It begins in the Plaza de Cascorro near the La Latina metro station and follows the declining street of La Ribera de Curtidores, branching out into the side streets, until its end at Ronda de Toledo. The entire neighbourhood is packed to near bursting with vendors selling everything from Spanish flag underwear and artisan jewellery, to colourful scarves and Indian tapestries, to clay sangria pitchers and your basic nuts and bolts. Literally, anything I needed, didn’t need or maybe would need in the future (except fresh produce) for home, leisure or comfort, I found at El Rastro and haggled over the price.

Sure, I didn’t need to go shopping every Domingo, but going to El Rastro was a social affair, and it was a great way to start my Sundays in Madrid, which were usually anything but lazy. Even if I stayed up all night partying, I’d still make an effort to be up early enough to make it to El Rastro, which opened at 8am and started to close at 1pm — even though it’s meant to stay open until 3pm.

There was no better cure for my hangovers than chugging a café con leche and meandering through the many, many stalls at the market. And it wasn’t like I couldn’t go back to sleep after shopping — that’s what siestas are for.

Otherwise, Sundays in Spain are reserved for visiting family and eating a long lunch together, so there’s always something going on. 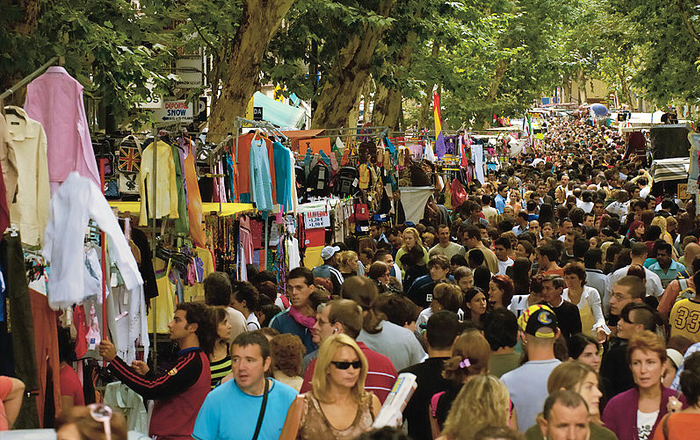