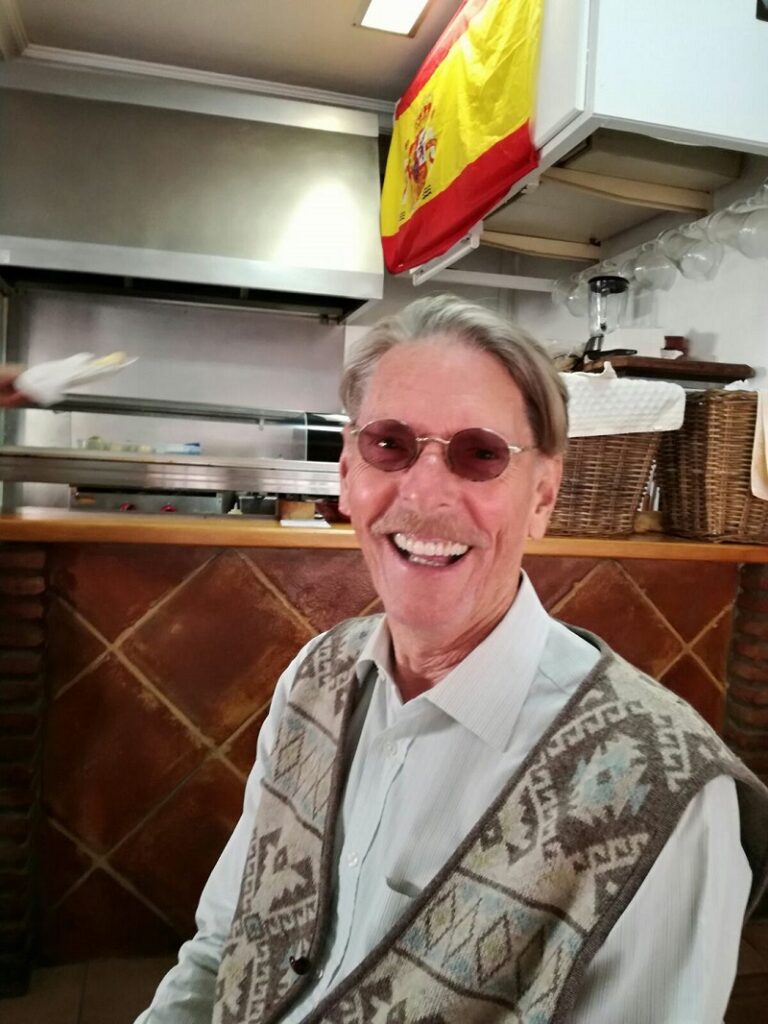 Stephen was a well know personality in Estepona, Benahavis, San Pedro, Nueva Andalucia and Marbella and he was instrumental in setting up our Branch of Age Concern in Marbella and San Pedro.

Over his life he did many kind things for so many less fortunate people in our community and never sought recognition or thanks. His modesty was one of his most attractive features

Stephen met his life partner Francisco Munoz (Paco) in London and they came to San Pedro and started one of the first turnkey furnishing company (Eureka) on the coast. With a successful business Stephen soon became an active member of the community. A religious man, he quickly became involved in the local Evangelical Church. Through the church and his business Stephen met a lot of people and was very much part of the Spanish society of San Pedro. Once Stephen retired he spent most of his time trying to help others.

Stephen worked with the Red Cross and organized free language classes (both Spanish and English) to immigrants to help them settle here and find jobs. He also worked with Caritas, a Spanish Catholic Church charity which helps poor and homeless people. He helped run a food bank out of the El Rocio church in San Pedro.

He was involved with Age Concern Estepona for many years. Through time Stephen felt there was a need to start a local Age Concern branch based in San Pedro.

Through Stephen, Age Concern Marbella and San Pedro was established in 2016.

Without Stephen Age Concern Marbella and San Pedro would not have happened. He also got us our Office/Store room from the local council which is now a valuable resource in the centre of San Pedro.

In retirement, Stephen spent his days walking through San Pedro, talking to anyone and everyone either finding out if they needed help, company, advice, or getting them involved in helping by taking food to the food bank, giving lessons, joining Age Concern etc.

Stephen was a man who shared the simple belief “Love Thy Neighbour”.

He is deeply missed by many and remembered with great love and affection.

How long do you want to walk for?
How long you walk is up to you. The maximum is 1.5hrs, the minimum is 15 minutes.

Just register at the restaurant and join in.

To give you an idea, the distance between La Pesquera and Alabardero restaurants is 1 km. The chiringuitos and kiosks are now open for snacks, coffees, ice creams and soft drinks along the way.

To register please fill out the form with Age Concern Marbella & San Pedro. On the site you will find additional information including a map of Stephen Brooksbank memorial walk.