first visited Barcelona in the Sixties. Franco was still alive. On the Avenida Generalissimo Franco, an elegant white suited policeman with matching gloves and a gleaming pith helmet orchestrated the traffic with a whistle and a full range of exaggerated gestures. Our Ford Taunus towing a caravan boiled over just outside a Gaudí house: a riotous confection of colourful mosaic and skull-like balconies. ot to know the ever-changing city well. When I want quiet I knew where to find it. When I want life and full immersion in Catalan traditions I knew exactly where to go. Here, I reveal my secret Barcelona.

It’s ironic to make your first stop in Barcelona the Plaça de la Vila de Madrid, but it’s here that you will find a perfectly preserved Roman necropolis. Situated just off the noisy Ramblas, in Roman Barcino times it was out in the country midway between the city and the Roman motorway of the Via Augusta. Leave the square on carrer d’En Bot, turn left and re-join the crowds on the medieval carrer de la Portaferrissa until you find yourself in front of Barcelona’s Gothic cathedral. On Sundays the square is filled with Catalans dancing the sardana to the sounds of the cobla band. To the right of the cathedral the Roman aqueduct and the towers are still easy to make out. It’s a short walk and it gives an insight into the scale of the ancient city. Circle the cathedral and enter the narrow carrer del Paradis. At the dogleg enter a narrow dark courtyard until it opens out to reveal the giant columns of the Temple of Augustus. Up the stairs is the Centro d’Excurcionistas de Catalunya, a 19-century association that celebrated Catalonia’s rich cultural heritage. Its first curator was Antoni Gaudí, who was tasked with decorating the recently discovered columns for their feast day. 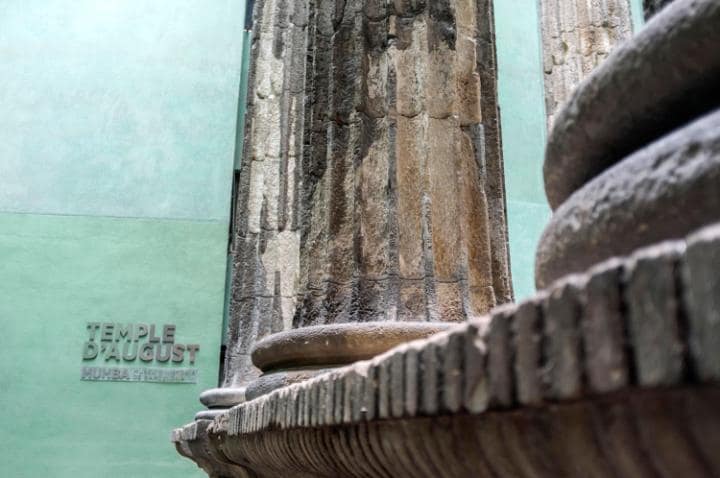 Take a metro ride across the city to the Plaza de Espańa and up the escalators to Montjuic. In the shade of the atrium of the Museo Nacional de Arte de Catalunya, the vista of the whole city opens out like a map. Inside the museum you have the glorious Romanesque, gothic altars and amazing modern art. Tucked to the left of the cafeteria is my favourite secluded spot – a room of silver murals that Josep M Sert painted for the London ballroom of Sir Philip Sassoon. 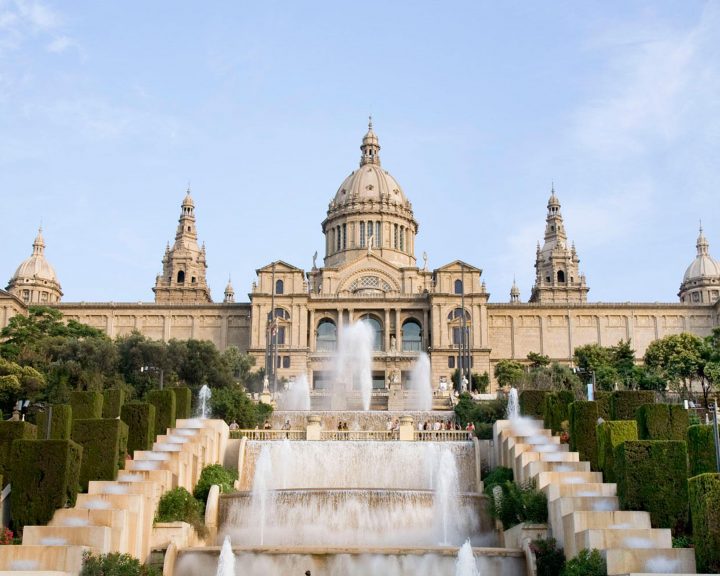 It is still possible to shop sans the crowds in the Boqueria market. Breakfast there early at the legendary Quim, and cross the carrer de l’Hospital to the Biblioteca de Catalunya with its sweeping gothic vaults. The garden is a medieval hideaway frequented by art students from the Escola Massana and a few others seeking some peace. It’s a great place to have a picnic. Incidentally, it was in this private square that Gaudí passed away a few days after being crushed by a tram in 1926.

In Barcelona it’s easy to get distracted by food. The world’s most famous chef Ferran Adria has his research lab near the Boqueria. Meanwhile, Spain’s most celebrated Michelin-starred chef Martín Berasategui, a Basque, has a restaurant at the historic Fonda España where his protégé German Espinosa mans the stoves. The lunch time menu is a total steal: unctuous cannelloni, beef stew, citric sauced fish with a Catalan twist. But let’s leave the food for a minute and take in the room.

In the second half of the 19th-century as Catalonia’s Renaxença revived its glorious medieval past, it was obvious that architecture was set to play a big part. Domènech y Montaner was an organisational genius and an extraordinary architect. As Gaudí’s teacher and rival, he set the bar high. One of Domènech’s greatest creations was the Hotel España, just off the Ramblas on the carrer Sant Pau. The hotel’s restaurant – the Fonda España – comprises two main rooms and the Arnau bar.

I once dined in the back room with the famous Catalan writer Manolo Vázquez Montalbán, whose Pepe Carvalho detective series offers up recipes for hangovers, cynicism or a plain old broken heart. In the back room the sgraffito decorated plaster walls submerge the diner in a marine world of double tailed mermaids, baby sharks and octopus. Above your head a glass ceiling is framed by the repeated pattern of Hokusai’s breaking Great Wave. Designed by Ramon Casas, it has to be the most beautiful dining room in the world. 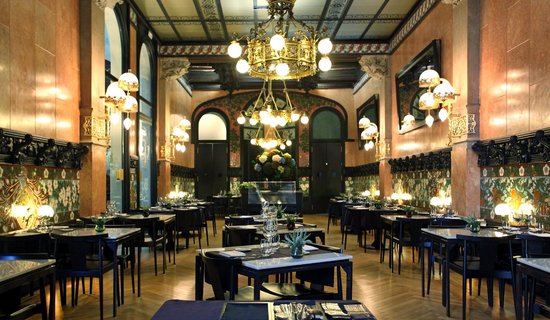 In 1996 the historian Jaume Riera y Sans discovered a record of historical payments made by Spain’s Jewish population to 5, carrer Marlet. It was puzzling. From the street, the only thing visible was the top of an arch. Subsequent excavation revealed a small and immensely moving space: an ancient synagogue. 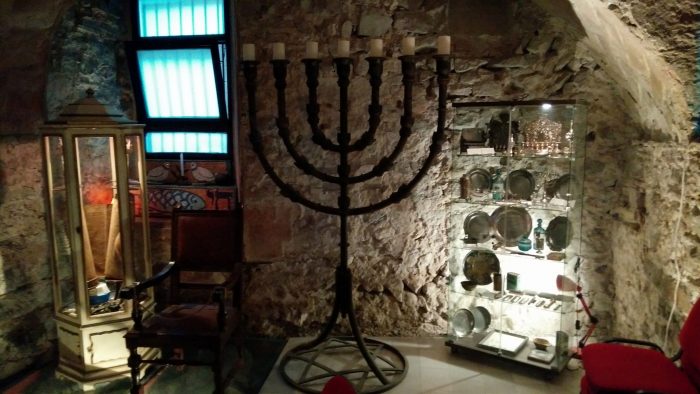 As you step off the Ramblas, into the carrer Nou de la Rambla, look up to the rooftops. Here you will see twenty colourful tile-covered chimneys and a central spire on top of the Palau Güell, one of the most spectacular buildings of the art nouveau. 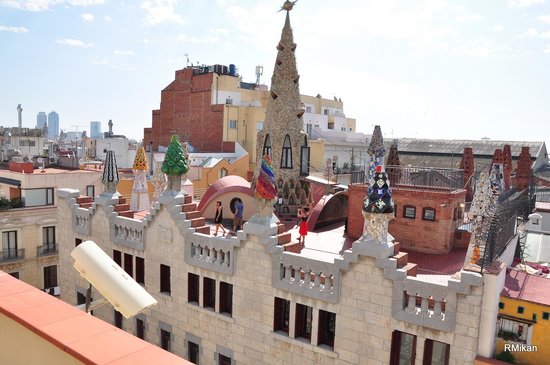 In 1900, the City Council started handing out awards for Façade of the Year in order to promote good architecture. That same year, Gaudí won his first and only award for his neo-Baroque townhouse, the Casa Calvet. Cross the street and look back at Gaudí’s articulation of the façade: the detailing and the quirky nod to Mr Calvet’s obsession with mushrooms. If you are lucky the porter will have the door open and you will see the outlandish original lift and Gaudí’s handpainted invocations to the Virgin Mary. To the right of the private door is the entrance to the restaurant. Book ahead to dine in one of the three accounts offices designed by Gaudí. The food is excellent, the wine just as good and mushrooms in season feature high on the list. A total must. 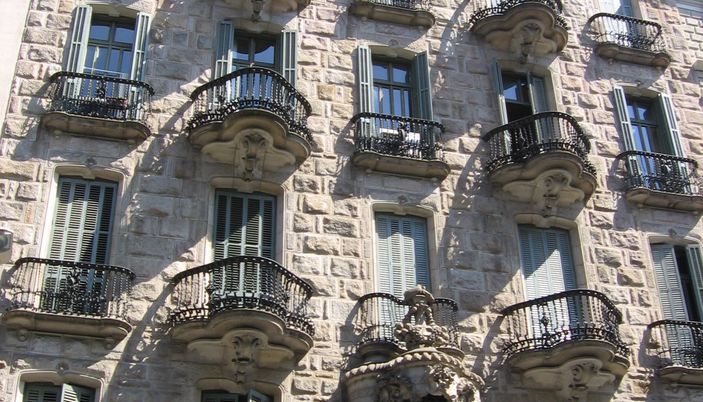 When I’ve overdosed on all that 19th-century modernista ornament, I need a detox. On the corner of the Passeig de Gràcia and the Gran Via de les Cortes Catalanes is the Joieria J Roca, taken over by Tous – a sweeping green corner of frosted glass that we now associate with public toilets or showers. The architect who produced it was Josep Lluis Sert and it dates to 1933. In its own way it is a masterpiece of rationalist architecture. A breath of fresh air.

Sert had worked for Le Corbusier in Paris and on returning to Barcelona pioneered the rationalist international style where form followed function and where less was certainly more. His real masterpiece is a 10-minute walk away, behind the Plaza de Catalunya, on the Passatge de San Bernat. Three pavilions stand by side allowing light and air to flow through and illuminate the rooms.

Almost four million visitors a year stop to see Gaudí’s extraordinary Sagrada Familia. However, I bet less than one per cent visit the crypt below the Basilica to see Gaudí’s tomb. On the corner of Provença and Sardenya, a ramp descends below the towering façade. Down in the crypt is the neo-gothic footprint that Gaudí inherited from the original architect Del Villar. The first stone was laid March 19 1882 on St Joseph’s Day. A year later Del Villar fell out with the founder Josep Maria Bocabella, an eccentric, ultra-conservative religious bookdealer, and overnight Gaudí was transformed into one of Spain’s most famous architects. They are both buried here; Gaudí to the left of the altar and Bocabella to the right. 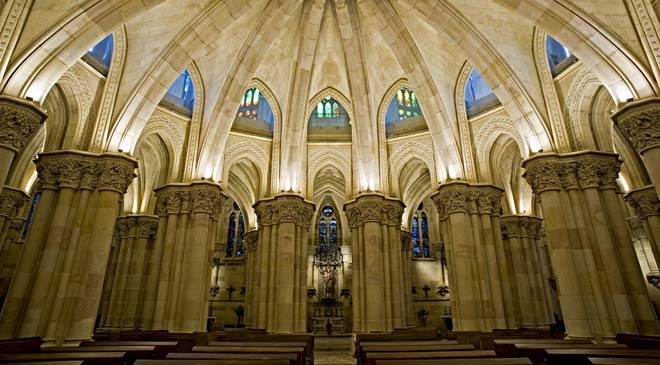 When I’ve had enough of the city, its smells and its noise, I head up to Pedralbes. The green Metro line 3, stop Maria Cristina, brings you to the foot of the Avinguda de Pedralbes. A 20-minute stroll up the hill, past Gaudí’s famous Dragon gate, brings you to the medieval cobbled entrance of the 14th-century monastery of Pedralbes. The real jewel of the monastery is St Michael’s Chapel. Marvel at Ferrer Bassa’s trecento Italianate frescoes with scenes from the Passion of Christ and the Life of the Virgin.

Gijs van Hensbergen is an art historian, hispanist and gastronome. He is the author of Gaudí: The Biography (HarperCollins) and Guernica: The Biography of a 20th-century Icon (Bloomsbury). His forthcoming book is The Sagrada Familia: Gaudí’s Heaven on Earth (Bloomsbury). He leads tours in Spain for Martin Randall Travel. 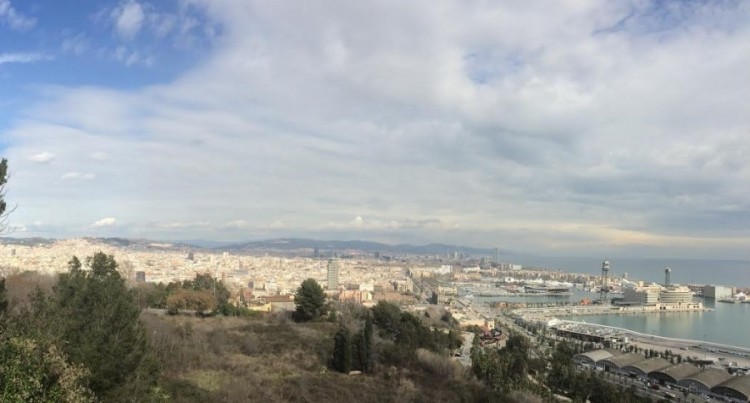 Experience the Culture of Barcelona 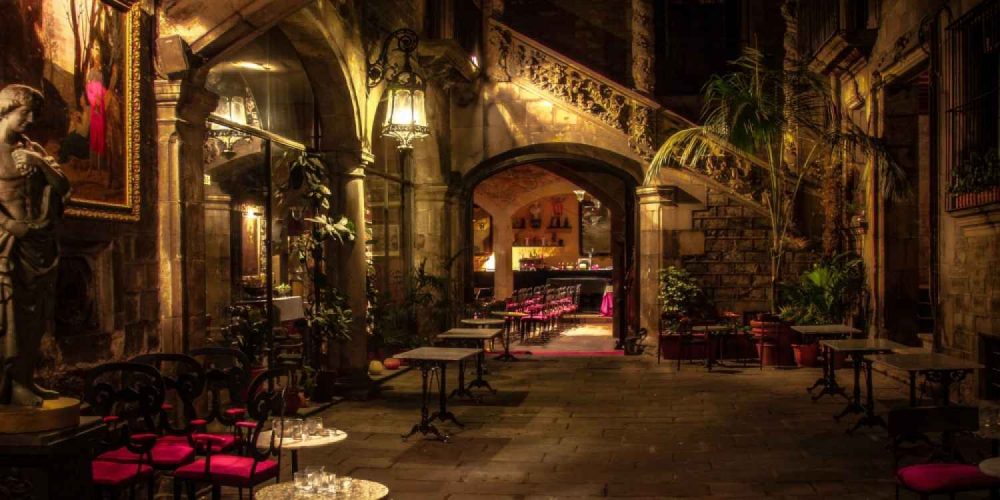