The first time I heard of calçots, I was intrigued. A barbecued onion festival? Count me in! I was dying to experience an authentic calçotada, which only happen in the Catalan countryside, not too far outside of Barcelona. So I decided to plan a weekend away in the middle of calçots season to find out what all the fuss was about.

Calçots are basically a variety of scallion– a spring onion that is ready for picking sometime in January and has usually disappeared by the end of February/early March– maybe April. Their exact origins are unknown, but some credit a local farmer with the idea of burying his onions so that part of the stem stayed edible. The verb calçar can even refer to the action of covering a plant in soil! Nowadays, calçots can reach more than 20 cm in length and are wrapped in newspaper and steamed over an open fire. Later, lucky eaters put on bibs and pull off the charred outer layer, and the tender onion below is devoured quickly– almost always with the delicious calçots sauce for dipping. 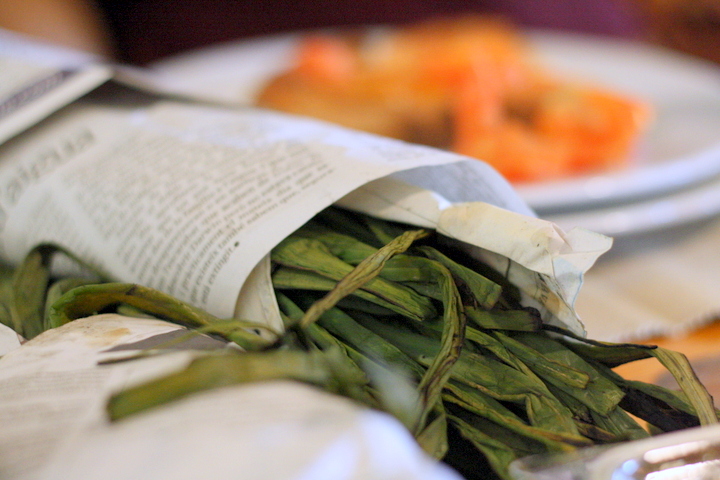 The calçots sauce is one of my biggest obsessions. Similar (if not identical) to romesco sauce, it is usually made of a combination of almonds, hazelnuts, stale bread, garlic, ñora peppers, ripe tomatoes, olive oil, and sherry vinegar. When made well, it is to die for!

You might be thinking that this is the best barbecue for vegetarians that could possibly exist– but, let’s not forget, we are in Spain! So the traditional second course (because you really should only eat so many calçots– despite the temptation), is heaping platters of grilled meats– lamb, sausage, rabbit, and chicken– the exact mix depends on the place. Often local beans come on the side. Luckily, vegetarians are usually treated to a delicious plate of grilled vegetables (with more calçots sauce!) so they need not worry.

Wine is aplenty of course, with the tradition porró (porrón in Spanish) traveling around the table. If you’ve never used one– it’s quite an artform. 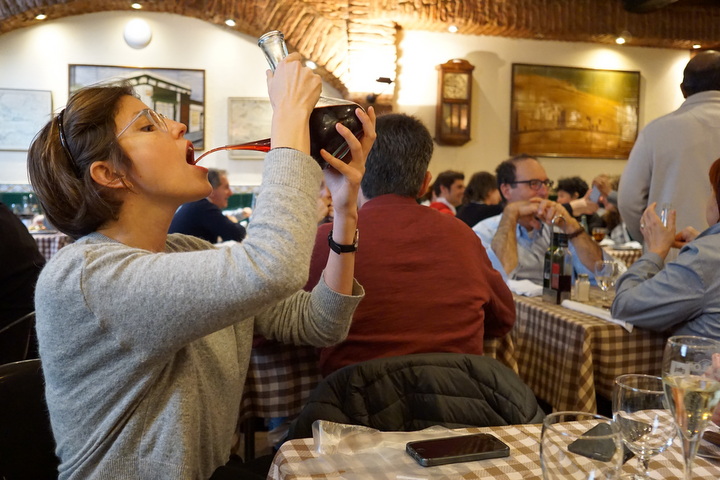 You can eat calçots at an outdoor barbecue pit (you bring the calçots, sauce and often the wine yourself– or sometimes the barbecue facility serves their house wines), or you can reserve at one of the masias (old countryside homes that have been converted into restaurants) in the area.

We arrived at the buzzing masia around 1:30, and, before we knew it, each of us had a plate of blackened calçots in front of us, ready to be devoured. Our friend Lucas was a pro and taught us how to quickly and easily peel back the charred outer skin of the onion (there are some serious skills required!). Then we dipped them into the calçot sauce and silence ensued. Who knew that grilled onions could be so addictive? 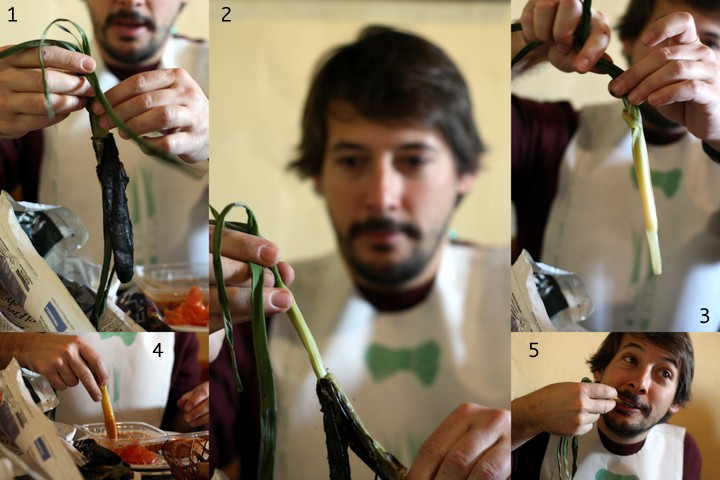 I lost count of how many I ate, but I’d guess it was at least 20 onions. Lucas advised me to stop there– too many onions could cause a stomach ache, he explained. Already feeling full, the next course soon arrived– grilled meats (lamb, local sausage, chicken, etc.) and garbanzo beans. Alejandro doesn’t eat meat and had a heaping plate of grilled vegetables (and more delicious calçot sauce). 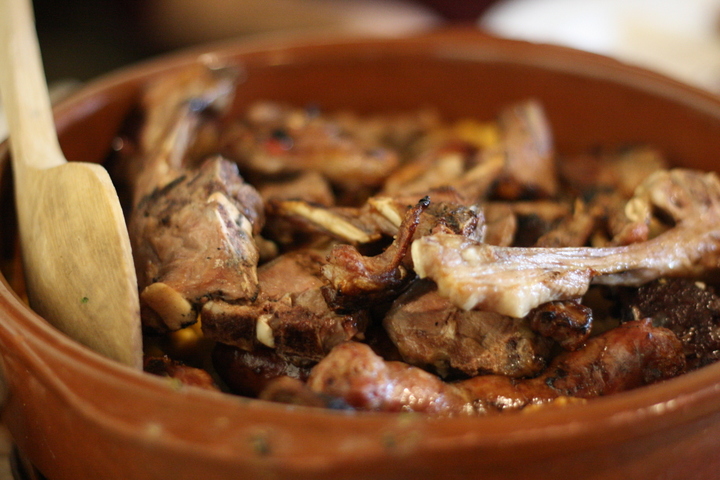 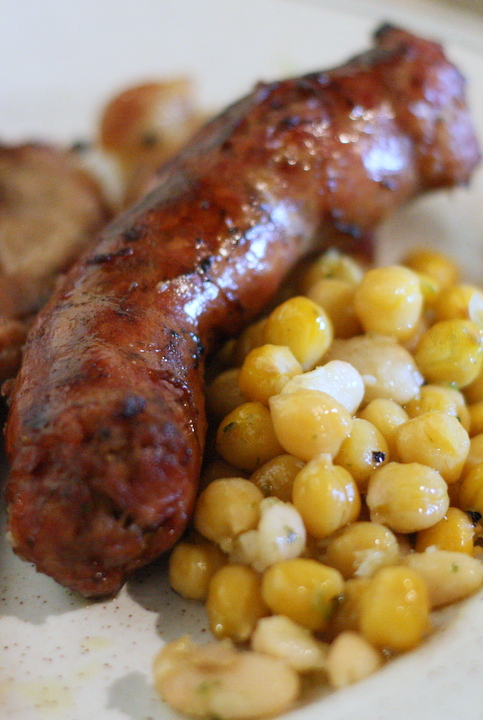 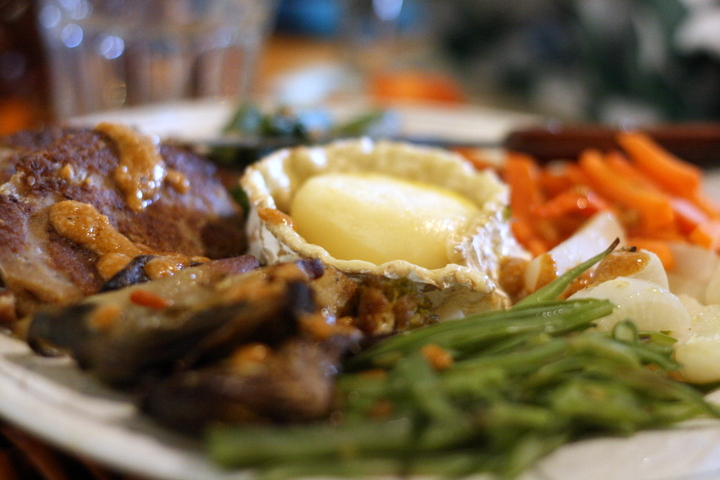 Ready to burst, we still had traditional Catalan sweet wine, some sweet bites, and coffee. Luckily we spent time chatting at the table (the traditional sobremesa) because we were all ready to roll out the door by the end of the meal! 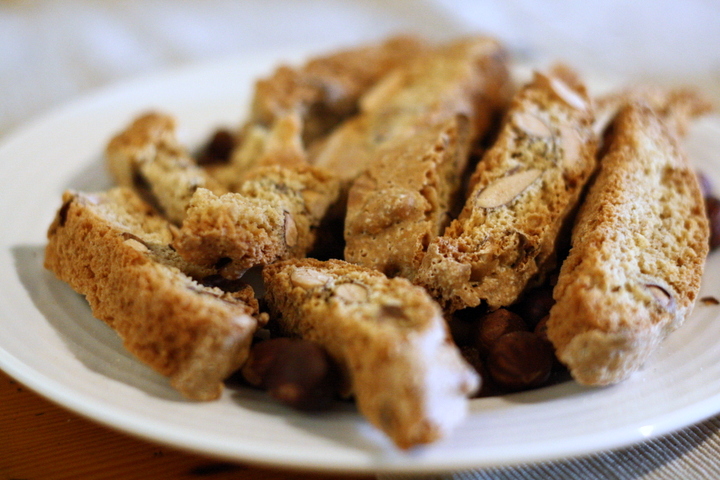 The calçotada was so much fun, and I only wish I lived closer to Catalonia to make it an annual tradition. Luckily, this year I will get to experience another…

The amazing Devour Spain team and I have been working on some exciting new plans for 2017, and one of our new initiatives are Pop Up Tours. These tours and experiences will tie into seasonal and special events in Spain, such as grape harvests, olive oil pressings, and village festivals. It’s a chance for us to finally bring people outside of the city center, and into villages, towns, and the beautiful countryside.

Our first pop-up tour? An authentic Catalan calçotada in the picturesque village of Alella, only a short drive from Barcelona itself. Our local guide will meet the lucky group in Barcelona to take a private bus to Alella, where the fun begins. We’ve planned a morning around town, visiting what is arguably the best vermouth bodega in all of Spain, the local market, and some of the beautiful village streets. 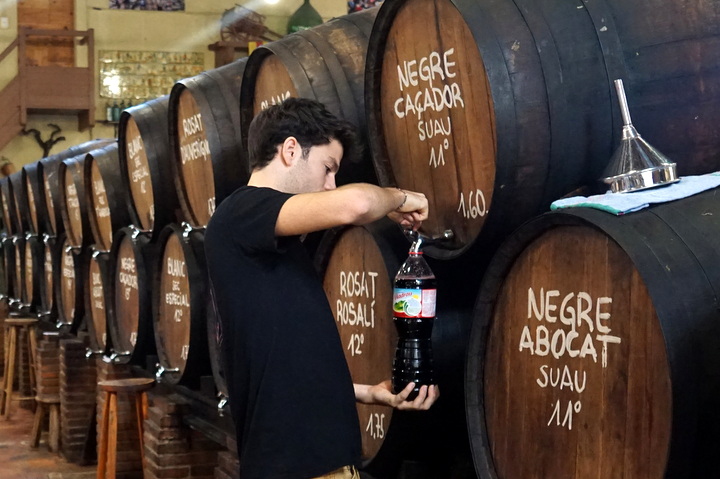 Then it’s off to a calçotada, where we’ll enjoy barbecued calçots that come from a nearby organic farm served with homemade romesco sauce (my favorite sauce ever) and local wine. Following the onions, we’ll dig into the traditional grilled meats course, with more wine of course, and finally, enjoy a coffee to give us the strength to make it back to the bus. 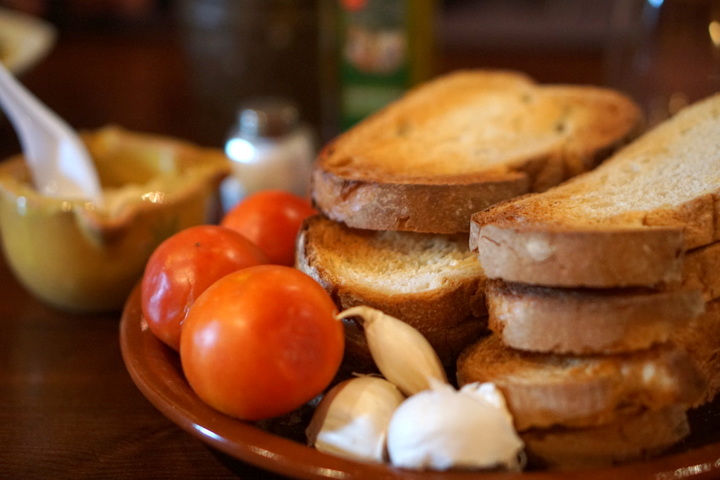 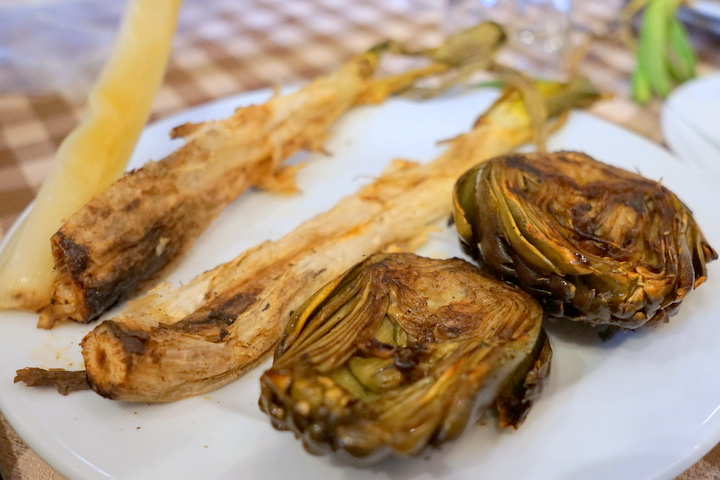 These off-the-beaten-path experiences will also allow us to stand out among the increasing food tour competition (we knew it would happen eventually, but lately there are a lot of new companies offering food tours with very little ethics behind the scenes…). And we think it’s important to say that we aren’t in this for the short run, to make the most of the food tour bubble– we are here to show off the nuances and layers of a country we all know and love. 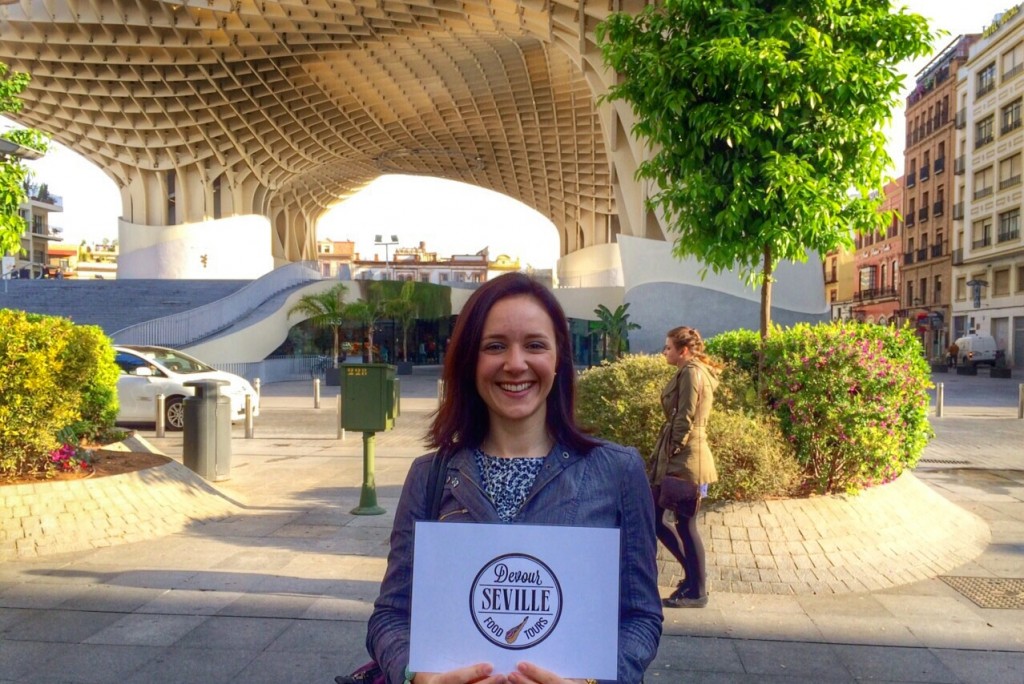 I’ll pause there for now– hopefully, some of you reading this are inspired to attend a calçotada one day, as it truly is a unique and delicious Catalan ritual that any food lover should experience at least once!