A controversial portrait by Salvador Dalí of his sister Ana María, given to her before the pair’s relationship deteriorated over details published in his autobiography, is on the market for the first time with a price tag of £800,000 to £1.2m.

Figura de perfil (La Hermana Ana María) (1925) depicts Ana María sat looking through a window at the Cadaqués coastline in north-eastern Spain. As with many of Dalí’s paintings of his sister, Ana María’s bottom is accentuated—a feature he stressed even more in a later version of the canvas, Young Virgin Auto-Sodomized by her Own Chastity (1954).
The second painting, which the artist created after he and his sister fell out over his written account of Dalí family life, was inspired by a photograph from a 1930s pornographic magazine. Its provocative nature fuelled rumours of the Surrealist painter’s sexual interest in Ana María.

Although he painted “countless portraits” of his sister, as she described it, Dalí only gave her Figura de perfi. The work has not been shown in public for a century, having been in the possession of the family of the current owner ever since Ana María gave it to them. The picture leads Bonhams Impressionist and Modern art sale on 2 March.
India Phillips, the head of department at Bonhams, describes the canvas as “laden with meaning and utterly enigmatic”. She adds: “What makes this work so remarkable is its sheer rarity—only a handful of works from this period exist outside public collections.”

Salvador Dali’s Figura de perfil (La Hermana Ana María) leads Bonhams’ Impressionist and Modern Art sale on Thursday 2 March at London, New Bond Street. The work is a portrait of Dali’s sister, given to her by the artist before their relationship descended into turmoil.

Figura de perfil (1925)combines two of Dali’s favoured subjects, his sister Ana María and the Cadaqués coastline that he referred to as “by far the most beautiful place in the world”. Dali painted Ana María regularly through the 1920s. She later recalled his painting ‘countless portraits of me’, noting that he ‘invariably painted me at the window’. Of those many portraits Dali chose this painting, Figura de perfil, to give to his sister. It was also one of 17 paintings he chose to include in his first solo exhibition at the Galeries Dalmau, Barcelona, in 1925.

Dali had a complicated relationship with his sister. Though on good terms when Figura de perfil was painted, they fell out over the publication of Dali’s autobiographical The Secret Life of Dali in 1942. Believing his account to be an unfair depiction of Dali family life, Ana María published a rival work: Salvador Dali as Seen by his Sister (1949). The disintegration of their relationship is encapsulated by his decision to paint another version of Figura de perfil, this time entitled Young Virgin Autosodomized by her Own Chastity (1954). The later painting was inspired by a photograph from a 1930s pornographic magazine, encouraging rumours of Dali’s sexual interest in Ana María. Critics highlight the attention given Ana María’s bottom in the many portraits he painted of her from behind. These depictions often, as in the case of Figura de perfil, show her sitting at an angle that emphasises the area.

By 1925, having already flown through Impressionism, Pointillism, Fauvism and Cubism, Dali was on the verge of entering the Surrealist phase for which he is best known. One of only a few works painted at this turning point in his career, Figura de perfil has been kept out of public view for nearly a century. Given by the artist to his sister, it was, in turn, presented by Ana Maria to the family of the present owners and now comes to the market for the first time.

India Phillips, Bonhams Head of Impressionist & Modern Art said, ‘What makes this work so remarkable is its sheer rarity – only a handful of works from this period exist outside public collections. Dali was a very deliberate painter during the 1920s, choosing his subjects carefully and working in a meticulous fashion. This work was created at the very genesis of his leap into Surrealism. Laden with meaning and utterly enigmatic, it is one of the most beautiful works I have had the pleasure of handling.’ 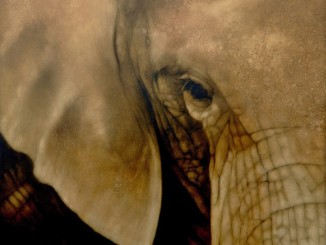 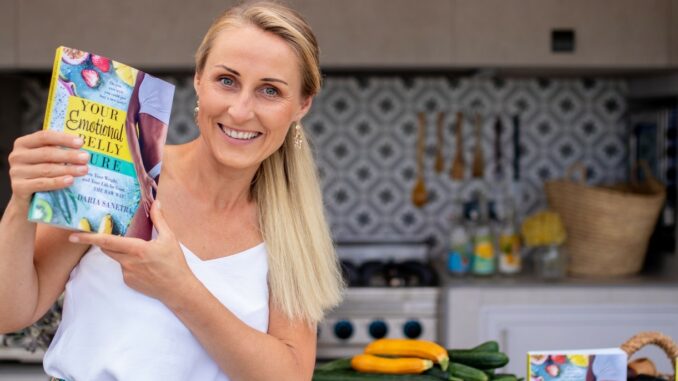