Thrill-seekers are getting another season on the Caminito del Rey.

The “most dangerous path in the world” is reopening for its third season after a gruesome accident caused it to close for 15 years.

The Caminito del Rey is a precarious walkway pinned to the edge of a gorge in southern Spain. After five people plummeted to their deaths in two years, the wooden walkway was closed for renovations in 2001.

But it has since been reopened with tighter safety regulations. The three-foot-wide path is now secured to the side of the gorge with steel bolts. It takes visitors between three and four hours to complete the five-mile route. Everybody is now required to wear a helmet as they cross the walkway.

The path dangles over a 300-foot drop and provides fantastic views of the El Chorro gorge. It was built over 100 years ago to give workers access to two hydroelectric plants in the area. 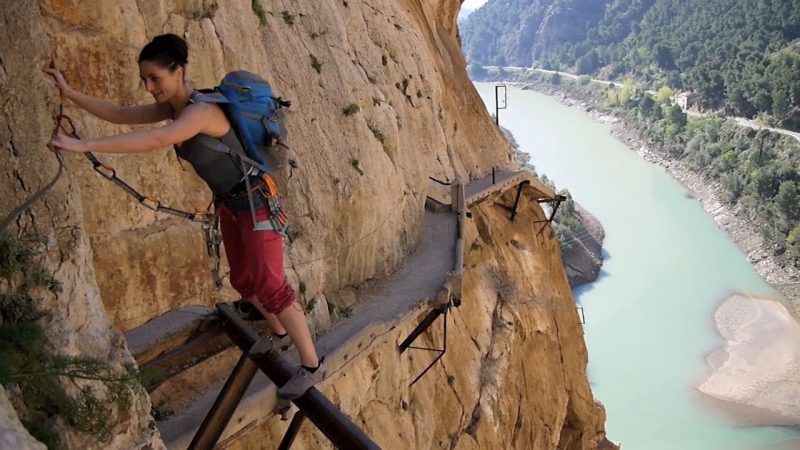 Since its reopening in 2015, daredevils have flocked to the Caminito in Spain’s Málaga province. In the past two years, over 600,000 tourists — mostly foreign — have walked across and lived to tell the tale. Those who thrive on adrenaline rushes should make a special stop at the walkway’s glass platform, where visitors can get a bird’s eye view of the drop below.

Adventure-seekers must make a reservation in advance to walk across the Caminito. Tickets cost about $11 (€10) and are available starting March 28.

For those who want to test the waters before booking a trip, Google Maps released a Street View interactive exploration of the walkway.