With a safe distance and a sense of responsibility: Berlin successfully sets an example with its Festival of Lights 2020. This years Festival of Lights in Berlin was a resounding success. Despite the current situation and mood, a special concept enabled millions of visitors to enjoy a ten – day cultural experience during these exceptional times.

Berlin, October 8, 2020: When the buildings and facades of Berlin shine with artistic illumination, it’s time again: The famous Festival of Lights takes place once a year in Berlin and is one of the top cultural highlights worldwide. This year, however, many things were different: In order to be able to hold the festival despite difficult circumstances, the team led by festival director Birgit Zander had many unique ideas – and it was a success! In the grand finale around the Day of German Unity, the all-round success of the festival was celebrated.

From September 11th to 20th, the world-famous Festival of Lights under the motto “Together we shine” attracted around 3 million visitors to Berlin’s districts. Many even came several times. The 16th edition of the event was a special one: Due to the exceptional circumstances, the team around festival director Birgit Zander developed a new concept and distributed 100 works of light art over 168 square kilometers across the German capital. The illuminations, which were positioned in all districts of Berlin, were to evenly distribute the cultural offerings and prevent large accumulations.

And the concept worked: The Festival of Lights Berlin was a complete success and went off without a hitch

“We are proud and happy that we were able to bring joy to many people with light and art, especially in these difficult times – completely free of charge and open air,” says Birgit Zander.

The festival team also succeeded for the first time in making it possible for all festival fans who did not want to travel to experience the works of art from home with a virtual offer via app.

From October 23-25, the Light Nights will take place for the second time in Augsburg, this time for 3 nights. Here, too, they will rely on distribution. The Augsburg City Marketing team together with the Festival of Lights team developed a new circuit on which you can stroll through the glowing city center. 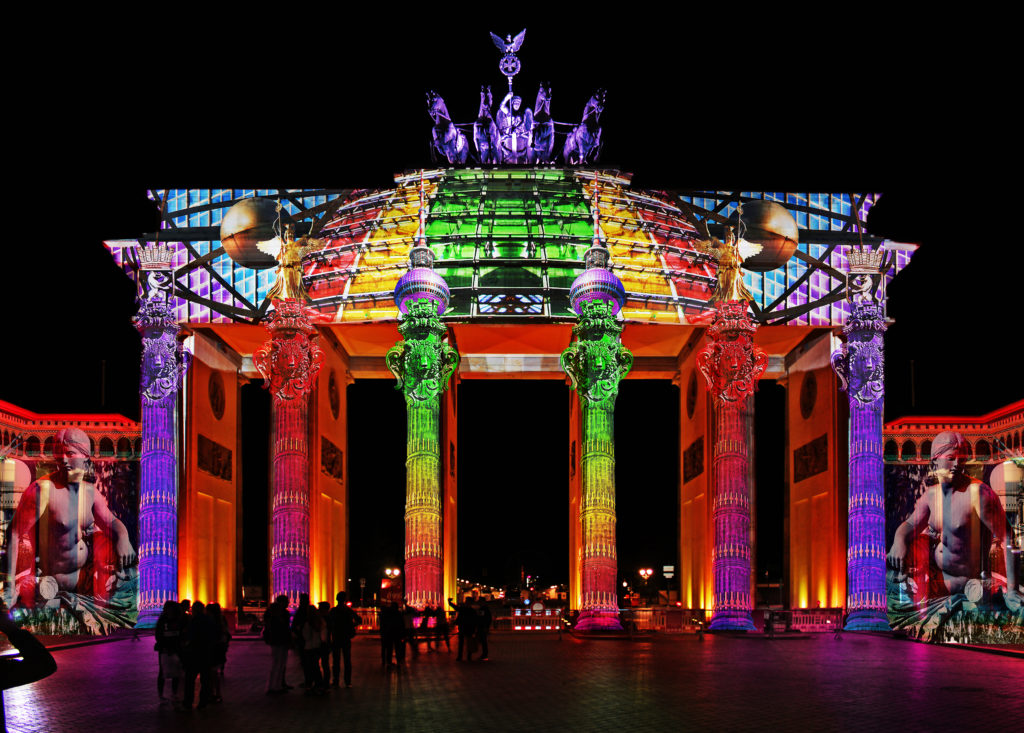 The fact that the Festival of Lights became a true pioneer project for cultural offerings in the times of Corona was not least due to the outstanding behavior of the spectators:

“We thank all visitors for allowing us to experience a harmonious, trouble-free 16th Festival of Lights in our capital city together. With discipline, a sense of responsibility and with distance, everyone showed that we stick together in these times. This year it was a particularly challenging journey, but together our festival team created a unique community initiative for Berlin. For art and culture in public spaces and for the common good, the positive attitude towards life and the hope of the people,” says festival director Birgit Zander excitedly.

The Festival of Lights team is not only preparing for the Augsburg Light Nights: Soon it will go to Taiwan, Dubai and other cities and major towns. Inquiries for the experienced team are already accumulating. Birgit Zander:

“My vision has always been to bring light and art around the world from Berlin. It has never been more symbolic and important than in these times”.