Government increases operation to deal with situation, which is affecting freeways in Albacete, Cuenca and Valencia.

Heavy snowfall in southeast Spain has cut several major road routes throughout the region of Valencia, as well as the provinces of Albacete and Cuenca. Up to 1,600 vehicles were trapped overnight on roads in Valencia, with hundreds of people having to spend the night in cars and trucks. 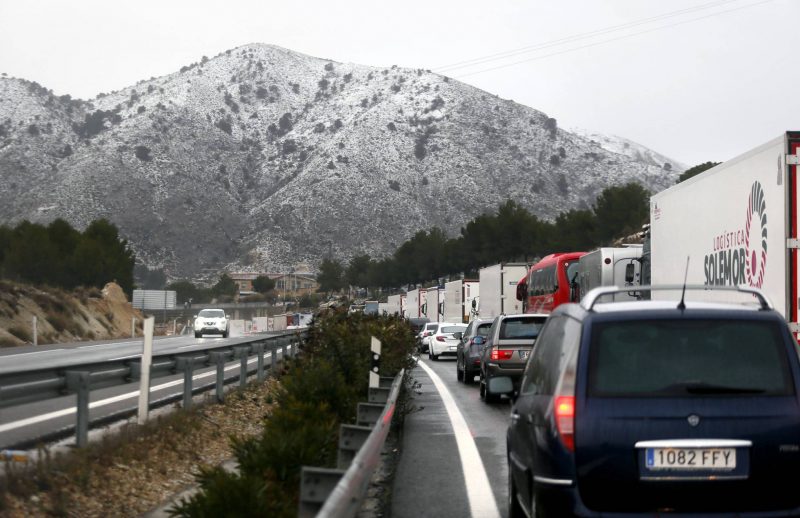 On Friday morning, a 60-kilometer stretch of the A-3 highway, which links the city of Valencia with Madrid, was still unpassable in both directions between Villargordo del Cabriel and the town of Chiva, some 30 kilometers from Valencia.

The Civil Guard’s traffic unit said that some 400 cars with around 500 people in them were trapped overnight in the area.

Spain’s AEMET meteorological office is forecasting further snow for Friday, with 16 provinces on alert. The worst weather is expected in Castellón and Valencia, which are on red alert, while Almería, Teruel, Cuenca, and Murcia are on orange alert.

Another black spot is the A-31 between Madrid and Alicante, which reopened between Almansa and Albacete, but is cut off in Villena, some 50 kilometers inland from Alicante. Between Teruel and Castellón the A-23 is cut off between Barracas and Viver, while the N-232 between Vallivana and La Pobla de Alcolea is also blocked. The N-234 is also cut off on the stretch outside Teruel. 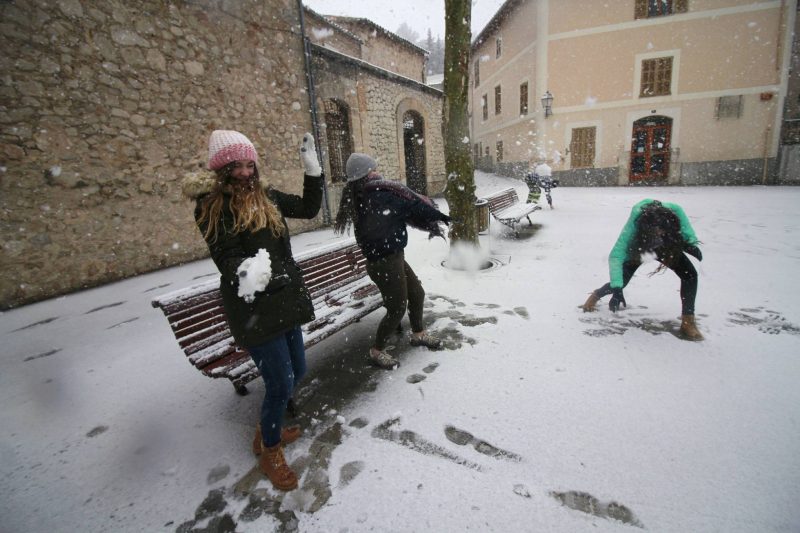 The General Directorate of Traffic reports that the N-420 is unpassable at Torrebaja, as is the N-330 and the N-330A at Casas Altas and Casas Bajas. Snow chains or winter tires are required on the stretch between Talayuelas and Santa Cruz de Moya in Cuenca province, while the N-344 is still cut off between Caudete in Albacete and Font de la Figuera.

Early on Friday morning, the authorities boosted emergency services on the A-3. Juan Carlos Moragues, the central government’s delegate to the regional administration of Valencia, said that 179 members of the Military Emergency Unit (UME) and the Civil Guard had been drafted in hours after 12 snow plows were brought in to clear roads, allowing teams to distribute blankets and food to stranded cars. The UME was working with the Red Cross to deliver blankets and hot food to 2,000 people, said Moragues.

The UME has told people to remain in their cars and turn their heating on if they are trapped by snow, making sure that their exhaust pipe is not blocked.

The Executive Coordinating Committee of the General Administration of the State met late on Thursday night to assess the conditions on the A-3, where a 30 km stretch is cut off between Buñol and Utiel, in Valencia due to heavy snowfalls.

The Red Cross says it has sent five vehicles with teams to help drivers stuck there.

State railway company RENFE said on Friday morning that all passengers on trains affected by delays on routes between Madrid and the Valencia region on Thursday afternoon and evening had been able to resume their journeys. 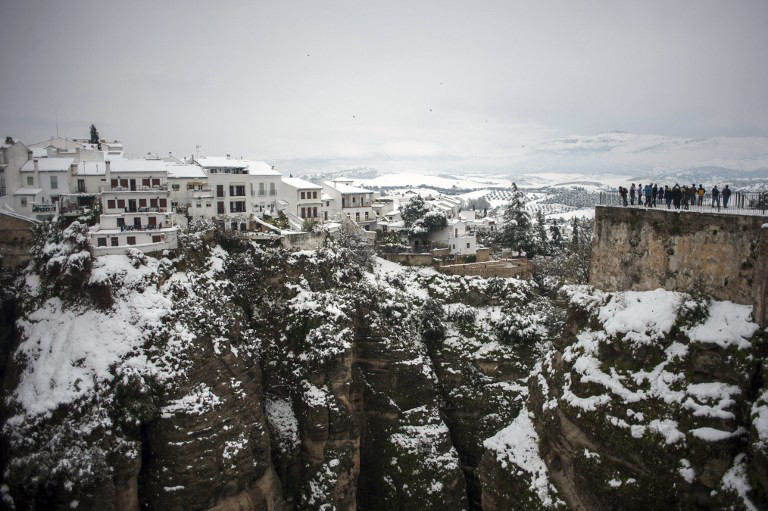 Spain on alert for snow, heavy rain and strong winds