What do we know about Genetics?

As we grow up, we are told about the difference in colours of skin and eyes of the people around us this will be due to genetic rules. We also know that the fact of all human beings having two arms and two legs is also the consequence of genetic regulations.

On the other hand, genetics doesn’t have a good reputation in our modern world. Starting with Frankenstein over fears of cloning humans, to genetically manipulated food. Lately, we have discovered that genetics can also be beneficial in questions of health.

What is a really a Gene?

A gene is a certain region of DNA that encodes function. Human cells have 23 pairs of chromosomes which consists of a long strand of DNA with a large number of genes.  Genes can experience mutations in their sequences leading to different variants, known as alleles, which can cause different phonotypical traits. Some mutations lead to small changes and others can cause disorders, diseases and disabilities.

In the last few decades,  science has discovered more and more which genes would be responsible for different functions and traits. At the same time, Biochemistry, Biology and Medicine have worked together to develop a series of tests to let us doctors look for genetic changes as sources of existing health problems or those to appear in a future with the advantage to react to them on time and prevent further damage. 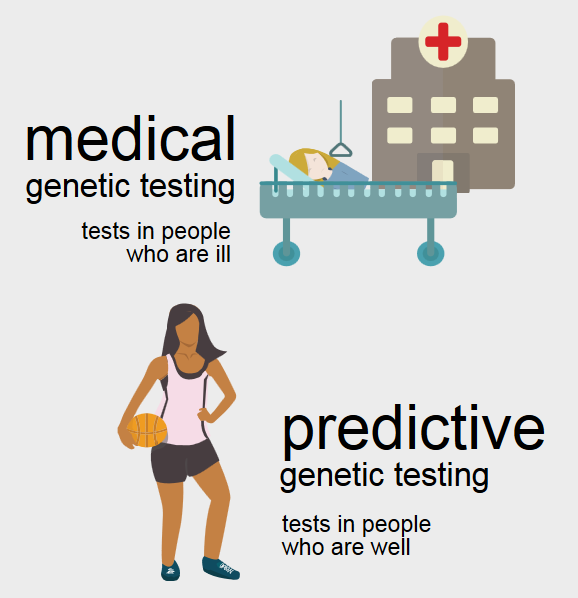 The possibilities are vast, the material we require from patients for these tests are as simple as saliva or blood which can be achieved easily and without complicated or painful procedures for the patients.

We can detect intolerance to food items as Gluten, Lactose, Fructose or even Histamine and that at a young age – basically small children can be discovered.  What can save people going through all the unpleasant digestive symptoms that one suffers? until for example diagnosed with Gluten Intolerance, as an adult person.

We can find out how a person digests different groups of food and on the back of this information make dietetic recommendations and even determine through which kind of physical activity a certain person would lose weight faster and become fit. The advantage of this kind of recommendation and nutrition plans is on a very personal basis. We can check YOUR genes and the result is for YOU and YOUR metabolism and not on a general scale as in other cases.

Another field is Oncology. Many Cancers have a hereditary source which means that in many cases mutations that run through a family gene pool would be responsible for the outbreak of certain cancers. Now it is always important to remember that a cancer can also occur on the back of environmental factors, which means that a clear genetical background those don not mean necessary that one would not be in risk to develop cancer through his or her life. Mama and Ovary cancer are very much related to mutations of BRCA1 and BRCA2 genes, which normally repair damages on DNA and so prevent the development of these two cancers. We can detect genetical changes that can lead to Colon cancer which is very frequent among both genders. As far as the alterations of the Prostate, the gene PCA3 which is only produced in the case of cancer gives us a hint to react on high PSA levels in blood which could also be present in other non-cancer diseases of the prostatic gland. 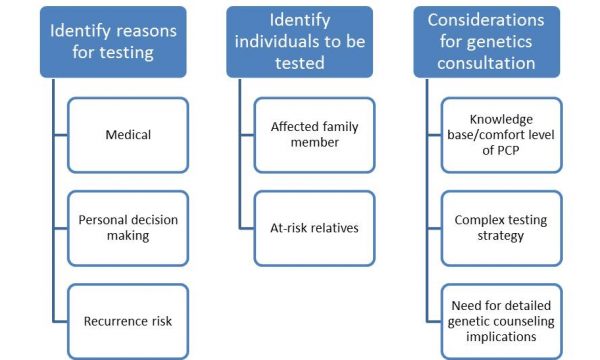 In Cardiology, we can determine the genetical risk of developing cardiovascular diseases such as heart attacks or irregular heart beat as well as Atrial fibrillation.

Another interesting area is related with the use of neurological or psychiatrical drugs. We can look for genetical bases of how different groups of these medications can be metabolized by a patient which enables the specialist to use the right item and dosage of each group in order to achieve the best effect possible.

There are many different possibilities for genetic tests that can be considered in individual cases.

Two important thoughts at the end of this blog.

First: The result of a genetic test is never a diagnosis. In cases of a positive outcome, it means a higher possibility of developing a potentially dangerous alterations of your body function in comparison to others who don´t present this specific genetic change. It means on one hand, you have to be more careful to avoid other factors that could lead to the development of a disease  in combination with your genetic risk and on the other hand to do more frequent checks to catch a possible disease in an early stage in order to have better therapeutic outcome.

Second: A genetic test should ALWAYS be ordered by a doctor who knows your clinical case and sees an adequate need to realize such a test is required. The results must be evaluated and explained to you by your doctor as well. You should never contact a laboratory directly to do a genetic test and a serious laboratory should never offer you such a test without cooperation with a doctor.

For further information of how to realize a genetic test in our clinic, look into Services of our homepage: www.doctoralimarbella.com or contact us via telephone or Email.