y two companions, Edorta Jiménez and Irati Agorria, show me a machine built for noise and it reduces me to silence. For this is one of the air-raid sirens that sounded 80 years ago, on April 26 1937, as German and Italian planes bombed the Basque market town of Guernica (Gernika in the Basque spelling) during the Spanish Civil War.

The attack was an experiment in terror that the Nazis, in particular, were keen to try out. Guernica had no proper anti-aircraft defences. Bombs and machine guns were aimed at civilians and residential areas, while factories, the railway line and bridge over the river were untouched.

A little over a month later, Picasso completed his painting, inspired by this atrocity, that ensures the name Guernica will forever be associated with the horror and senselessness of war.

The conical siren is displayed on the top floor of the Astra building, an arts-and-community co-operative driven by a deep sense of Basque identity. In 1937 the space was a munitions factory where Agorria’s great-grandfather worked; the siren was positioned on the roof. It is activated once a year, at 4.30pm on April 26, the moment the first planes swept in.

“Guernica comes to a halt when they blow that siren,” says Jiménez, a Basque novelist who owes his existence to the destruction. His father was an Andalusian prisoner of war who was taken to Guernica by the fascists and used as slave labour in rebuilding the town. His mother was a Basque nationalist whom he met there. “It was an incredible story of love,” he says.

The town bears its history with dignity, resisting the mantle of victimhood. Surrounded by gentle hills clad in Monterey pines, it lies 20 miles east of Bilbao at the southern end of a wetland reserve (the estuary at the heart of which provided a giant arrow for the bombers). Beyond the Renteria Bridge, a road threads up to the wild coastline on the Bay of Biscay.

It is the spiritual home of the Basques, the seat of the ancient Basque parliament and the site of the sacred Tree of Guernica (actually a dynasty of oaks, stretching back to the Middle Ages), under which the first parliaments were held. Both parliament building and tree were missed by the bombs. In the Plaza de los Fueros, the museum dedicated to the bombing does not merely memorialise the day’s events, but looks beyond the horror to peace, reconciliation and the need for non-violent solutions to conflicts.

The Guernica story, in all its ramifications, does not fade. Jiménez is in his 60s. Agorria is 20. Not only did her great-grandfather work in the factory but “my grandmother, who died last year, was 13 at the time of the bombing. She told me everything that happened. Things we’ll never forget.”

That remembrance is constantly reanimated by the Picasso painting. It too is 80 years old and the museum in which it is housed, the Reina Sofia in Madrid, is marking the anniversary with an exhibition that tracks “Picasso’s Road to Guernica”.

In just 33 days he produced a work of Expressionism, Cubism, Surrealism and sheer horror that stands as a scream against war in general and the targeting of civilians in particular. For Guernica read Aleppo. 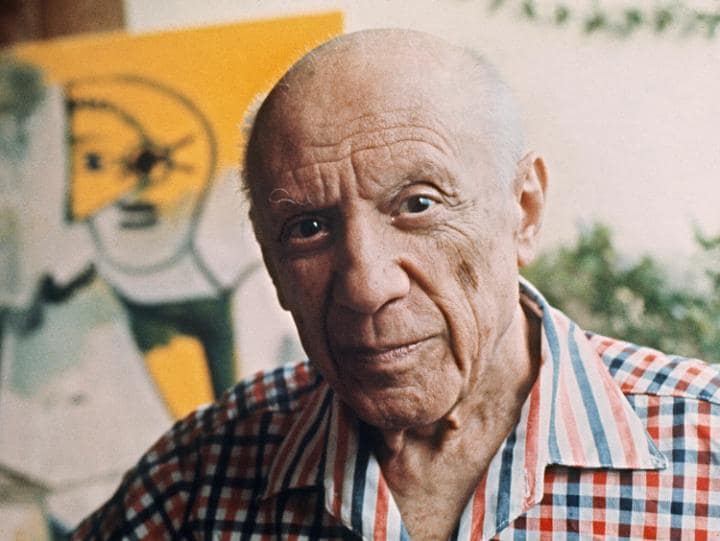 In Guernica’s modern covered market, Jiménez shows me photos of the destruction wrought by Nazis and Italians on behalf of their fellow fascist, General Franco, and his Nationalist rebellion. These photographs resemble images from the Blitz, and more modern theatres of war.

“So how many people are under there?” he says, pointing at the rubble his father helped to shift. The answer is, nobody knows. Estimates have been amended downwards in recent years, to a few hundred, but numbers were never the nub of the Guernica story.

Though they will never forget the bombing, and the misery inflicted on them after the Civil War, the Basques are a pragmatic, forward-looking people with more important things to do than dwell on the past.

Principal among these are cooking and eating, and talking about cooking and eating (convince me of a people and place more obsessed with food and I will consume at one sitting a Basque beret, ideally with a glass of txakoli fizz).

I have a personal connection to the region in that my partner is of Basque origin (her aunt witnessed the bombing). The five-day trip we are taking to commemorate the events of 80 years ago is also about celebrating the here and now, which can mean only one thing: within 90 minutes of stepping off the plane in Bilbao we are chowing with cousins in a lively restaurant called Los Peces. 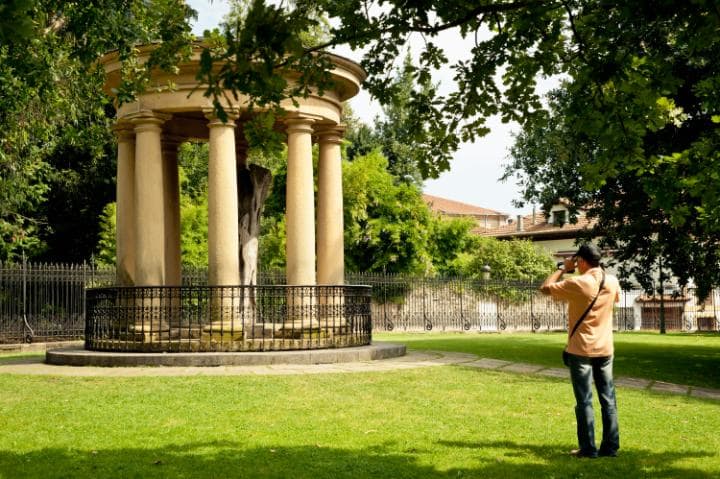 We talk briefly about 1937 and Picasso, but when conversation veers on to Brexit, Juan-Mari draws the line. “Plenty of time for politics,” he says. “It’s much more important that we enjoy this sea bass” (a big fish, incidentally, between six of us). And he spoons more of the flesh, golden with olive oil and studded with chillies, on to my plate.

From Bilbao, we drive the short distance to Guernica, stay overnight in the fishing village of Mundaka (fish soup and T-bone steak with sweet red peppers for dinner at El Bodegon), then head south from the Basque heartland of Vizcaya to Alava, through La Rioja to the semi-detached province of Navarre, and back to Gipuzkoa on the coast. The roads were neglected in the Franco era, but the modern toll motorways glide us across mountains, ravines and plains.

Crossing the Ebro River, in the Basque Country’s southerly reaches, we not only leave Alava for La Rioja, but pass from sunshine to sudden fog. The hills and vineyards, dotted with olive and almond groves, hover in the white-out.

To the north, the vast wall of the Cantabrian Mountains, providing crucial protection for the vines, is invisible. The almond blossom may be about to bloom, but in vegetable gardens, the cardoons – tall, edible members of the thistle family – are grateful still to be wearing their winter coats of cardboard.

They proliferate in the gardens of Venta Moncalvillo, a brilliant restaurant located in a remote farming hamlet, where they feature on a menu that bursts with culinary jeux d’esprit.

Extraordinary dishes arrive in extraordinary vessels, including onion ice cream wedged in wafers and seated in a porcelain kayak. A “cigar” of chicken and potato, with “ash” of chicken skin, is served with a brandy glass of chicken soup. But dishes are really not so far-fetched, for all the ingredients grow in the hills beyond the windows.“The flavour is the flavour of the kitchen of my grandmother,” says chef Ignacio Echapresto, “but the presentation is very different. For me, it is important that you smile when you eat.”

Such élan is characteristic of new Basque cuisine, but the old-school approach – the best, freshest ingredients, simply prepared – has not gone away, especially in the private gastronomic societies that exist in their thousands across the region.

In Pamplona (Iruña) our guide, Beatrice Etayo, manages to talk us into the kitchens of a society called Gure-Lekn (“Our Place”) in the old French Quarter, with a dining room in the ancient wine cellar (judging by the number of ashtrays, smoking is not merely permitted but compulsory).

The professionally appointed kitchens are male-only preserves and the three chefs we find at Gure-Lekn exclaim in mock horror at finding two women in their midst. “Look,” says one man conspiratorially, opening a carrier bag to reveal a container of Russian salad he has just made. “You can say, ‘He showed it to me, but he didn’t allow me to eat any.’ ”

That evening we arrive in San Sebastián (Donostia), on the coast of Gipuzkoa – beautiful San Sebastián, with its elegant abuelas and belle-époque hauteur – as dusk is coming on.

Off the surfing beach the water is iridescent green, the surfers’ heads wriggling like tadpoles, and in the Old Town we pursue an activity more typically Basque than just about anything bar the game of pelota: on a crawl of bars carpeted in cocktail sticks and paper wraps we eat those bonsai banquets known as pintxos.

In Bar Tamboril, a “Gilda” (olives, anchovies and pepper, named after the film with Rita Hayworth); in Ganbara, spider-crab tart; in Txuleta, steak croquetas and peppers stuffed with crabmeat; in Txepetxa, all things anchovy…

The atmosphere is convivial, informal, multi-generational – and it strikes me that this would have been the scene in bars across Guernica at 4.30pm on April 26 1937.

It was Monday, a market day, with the town’s population of 7,000 swollen by hundreds of incomers from surrounding farms and villages. People were finishing up, winding down in the way the Basques know best. Then the sirens began to wail.

Bars (all in San Sebastián)