I was sitting in my apartment in Westlake Village California, last September 2014, when my agent Kirk called me about an offer to edit a movie in Spain, Maria Pulera the film’s director was an American who lived in Spain and wondered if I’d come over to work? That was on a Monday and by Friday I was on airplane headed for a country I longed to visit, an existential adventure in a culture that shaped the world as we know it, I was as they say in southern Cal “stoked”.

Friday I boarded a jet to Madrid where I transferred over to a flight headed for Malaga, one of the most stylish port cities in Europe and the birthplace of Pablo Picasso, as we descended I could see the glistening Mediterranean below, the brightly colored homes built on the coast in a cubism like style, the strong yellow sun stretched out over it all. I picked up my rent-a-car and started off down the Costa Del Sol toward Marbella my new home for the next 3 months, all the road signs were clear and I made it to my destination within an hour, it felt like home, it was so much like southern Cal or should I say southern Cal was so much like it. Here I was in a 3 bedroom villa on the ocean, my editing equipment was set up in the villa so I didn’t have to leave to home to work; things were looking up, very up.

The next day I was introduced to the assistant editor, Stephen Fishwick, an ex pat from England who had been in Spain for many years and spoke perfect Spanish. We hit it off, and besides making the movie together, Steve showed me around and gave me many valuable tips while I was in Spain. My days went like this, wake up at 6am and procure a café con leche, coffee with milk, work from 6:30 until noon and then I’d head out to the local super market and shop for dinner. I usually went to Carre Four in Estepona because they have a seafood market that rivals any seafood market in the world; the Spanish are in love with seafood, hundreds of varieties of fish, 15 different varieties of squid and octopus, super fresh. I gorged on Blue fin tuna, swordfish, Red Drum and the simply delicious and underrated sardine, I ate a salad of Canon a green that grows on the Mediterranean, much like bib lettuce but shaped like four leaf clovers. After dropping off the groceries I’d enjoy a jog on the ocean before resuming work until evening and amazingly, the movie started to come together, while all along I felt like I wasn’t even really working, I could definitely get used to this.

Usually later in the afternoon I’d hit the cafes, restaurants and clubs of Marbella with my pal Steve who has an eye for the ladies, the place is full of beautiful people but more specifically guapa women, exotic super models walking the strand along the Spanish Riviera, the restaurants serving ice cold white wine and char grilled fish. At night Marbella is festive, the night-life excels in the marina lined extravagant yachts.

On my days off Steve took me on a couple of road trips, the first one being a trip to Ronda a storied city dating back to the Neolithic age and the birthplace of bullfighting and home to Ernest Hemingway and Orson Welles, the latter being buried in Ronda in the well of the famous bullfighter, Cayetano Rivera Ordóñez. We parked the car and walked around taking in the sites like Puente Romano also known as the Roman Bridge, we visited the oldest bullring in Spain and just took in the sheer beauty that Ronda is, high up on the cliffs looking over centuries of many different cultures and influences like the Visigoths, Moors and Romans.

The most interesting part of our visit was walking the Casa Del Rey Moro, the old home of a Moorish King of the 14th Century, when Ronda was continually in the firing line between the Moors of Granada and the Christians of Seville, it was frequently under attack and the first target was the water supply. Allegedly using Christian captives as slave labour, Ronda’s Moorish king, Abomelik, ordered the cutting of steps into the stone walls of the gorge, to enable the bringing of water from the río Guadelevin below. Though intended as a secret, it must have been a pretty open one, Christian slaves chained to the walls passed water up the 395 steps, it was common knowledge among the Christians that “in Ronda you die carrying water skins”.

Another trip took us to Seville, an amazing city where we toured the remains of a roman aqueduct and the Seville Cathedral, a mix of Christian and Muslim influences. The walls surrounding the city were originally built during the rule of Julius Caesar but the Moorish influence is seen all through Sevilla, as each conquering army pasted over the architecture of the previous, leaving behind a mosaic of many different cultures. I also took day trips myself, even though I spoke no Spanish, most of the Spanish spoke English and were open and helpful. A day trip to Gibraltar was interesting and certainly a place I recommend going but my favourite excursion was to Casares, in Roman times it was a spa where Julius Caesar had come to drink the sulphuric waters and cure his bad liver, I too drank copious amounts of the water, after all who doesn’t want to live like Caesar?

My time spent in Spain has left me with a yearning to return there, to enter that lovely café society where people meet over coffee and tapas and converse for hours, where I smoked endless amounts of Cuban cigars and drank so many delicious cups of coffee, places like Cancelada far from the tourist traps, where one can be invisible in what has become a very visible world.

Tim Silano, is a well known feature film editor and filmaker, from Hollywood. Known for his work on Home Alone (1990), Apollo 13 (1995) and Mrs. Doubtfire (1993), amongst others, he has worked very closely with Paul Schrader for the last seven years. 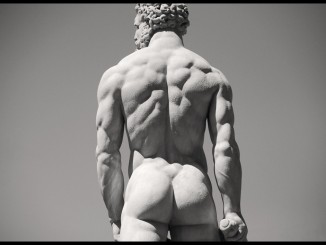 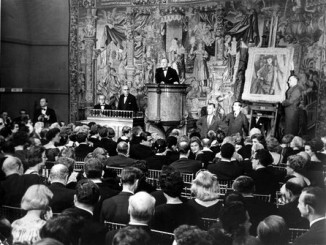 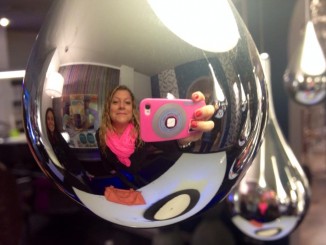 4 Comments on From Hollywood To The Costa Del Sol