A cobalt sky blazes behind a hilltop cross in the wooded landscape of the Sierra de Guadarrama, northwest of Madrid. Made of the local granite, the cross is nearly 500 ft (150m) high with a span of 150 ft (46m).

You see it when you look down as your plane approaches Madrid; you see it as you drive from the city out to San Lorenzo de El Escorial or Segovia. What you don’t see until you get much closer, when you are standing in a vast esplanade, is that there is something underneath: a huge basilica tucked into the hillside. 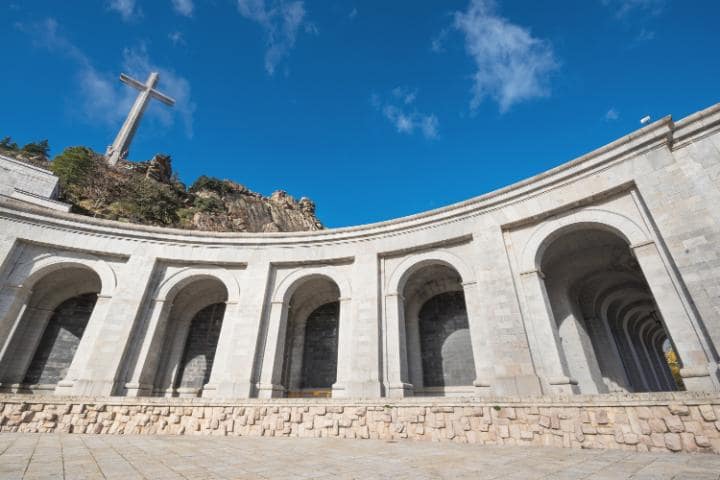 While the location is spectacular, this is one of the most sinister places I have ever been. The Valley of the Fallen was begun in the 1940s on the orders of General Franco, supposedly to commemorate those who died in Spain’s Civil War (1936-1939). 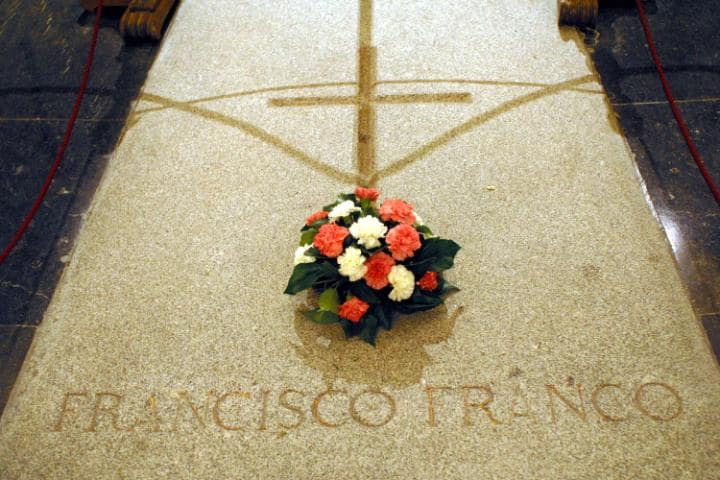 After the war e

nded, Republican prisoners, many of whom died in the process, were drafted in to dig the site out of the rocky mountainside. Completed nearly two decades later in 1958, the basilica contains an enormous crypt that houses the tombs of General Franco and José Antonio Primo de Rivera, the founder of the far-right Falangist party. More than 30,000 soldiers, both Nationalist and Republican, are believed to be buried in the walls of the basilica and in the hillside around it. Campaigns have been underway for years to move Franco’s tomb, exhume victims of the war and create a museum to offer a more balanced view of the conflict, but these moves have so far been thwarted by legal obstacles. 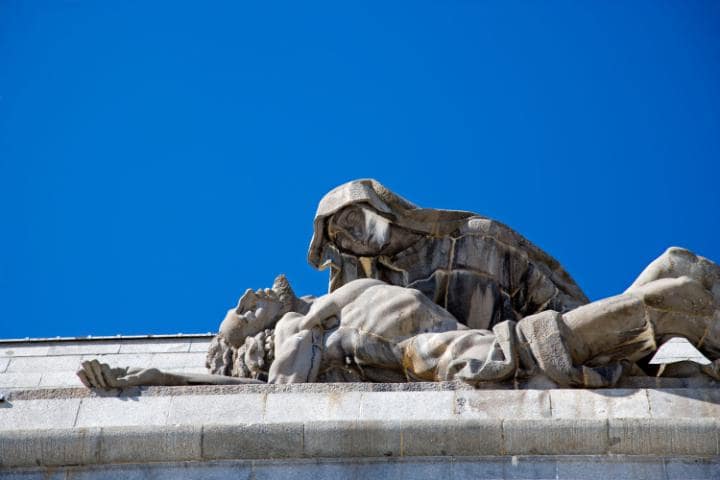 As many tour operators include the macabre mausoleum on excursions to San Lorenzo de El Escorial, it is one of the most visited sights in the Madrid region – a staggering 250,000 people a year head for the monument, quite a few of whom are there to pay tribute to the former dictator. 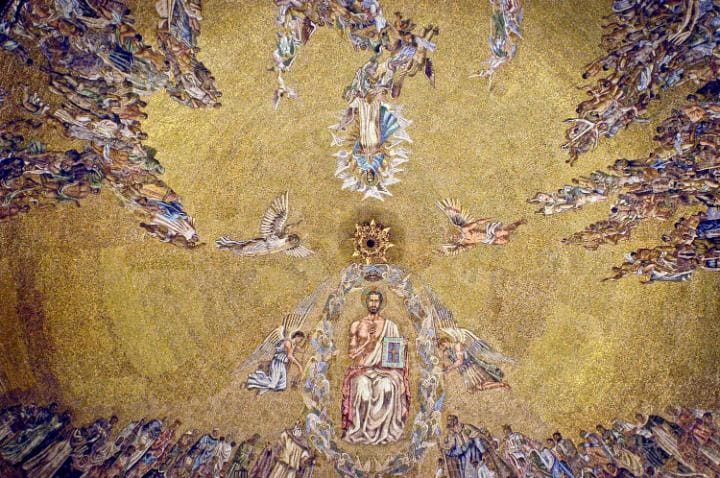 April 26 is the 80th anniversary of the bombing of the Basque town of Guernica by the German Condor Legion, on the orders of General Franco. The attack spurred Pablo Picasso to paint his masterpiece for the Spanish pavilion at the International Exhibition in Paris and he delivered the monumental canvas in June 1937 – just two months after the catastrophic event.

Since 1992, the painting has been on display in the Reina Sofía contemporary art museum in Madrid, which is marking the anniversary with the exhibition Pity and Terror: Picasso’s Path to Guernica, which charts how the artist’s development over the decades led to his creation of the work. 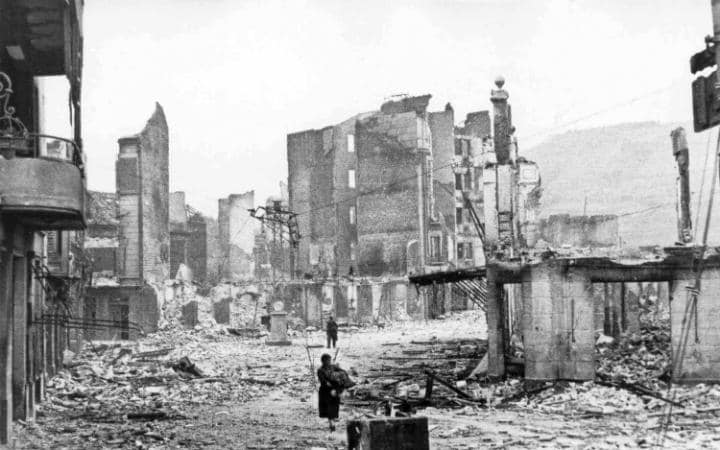 While the painting is undoubtedly an overwhelmingly powerful testament to the horror and futility of armed conflict, for me the glorification of war at the Valley of the Fallen is a much more chilling experience.

The Valley of the Fallen is 37 miles (60 km) from Madrid, an hour’s drive on the A-6 motorway. The Basilica is open from 10am to 7pm Tuesday-Sunday; admission €9/£7.50 (valledeloscaidos.es; entradas.patrimonionacional.es).

Operators that offer excursions in English from Madrid to San Lorenzo de El Escorial and the Valley of the Fallen include Julia Tours, whose day trip also includes Toledo (juliatravel.com; €112/£94). By public transport from Madrid, get train C3 or bus 661 or 664 (Autocares Herranz) to San Lorenzo de El Escorial, where the 660 bus to the Valley of the Fallen leaves at 3.15pm and returns at 5.30pm.

Pity and Terror, Picasso’s Path to Guernica is on at the Reina Sofía museum until September 4th (museoreinasofia.es; admission €8/£7