I fell in love with Morocco over fifteen years ago while visiting friends in Tangier. Excited by the food, the hospitality and the craftsmanship I encountered, I was eager to share my discoveries with others. Starting with a small group of eight people, a driver and a guide, I began to discover a rich, vibrant country that excites every sense and I now provide bespoke tours on a regular basis all over the country from the Green North, the Middle and High Atlas and the southern Sahara.

My latest trip can only be described as the ‘travelling Exotic Marigold Hotel tour’ with all members of pensionable age – in possession of bus passes and clutching a pharmacy of each armed with statins, blood pressure tablets and diabetes medication. We just needed Zimmer frames and oxygen to complete the picture…

Our private three car convoy had been thoughtfully supplied with walkie-talkies for super communication – unfortunately, our pensionistas were incapable of pressing the right buttons at the right time! This led to some very odd chats coming through and things being found out which we wished we hadn’t.  I also hadn’t anticipated that every service station was identified to be a comfort stop.

In Marrakesh, shepherding the group to the main square of Jmaa el Fna was like herding cats, scurrying hither and yon between food stalls, drink stalls, acrobats and the snake charmer with one member mesmerised and another screaming and running away.

Once we entered the soukh, the only way I could keep track of the group was by following the snowy grey hair standing out like a beacon amongst the wavy dark haired men and be-scarved women. Merchandise was bought at the speed of a credit card swipe – hats, handbags, lamps, mirrors, carpets, djellabas, silver goods and more. The fire eater went down well, someone mentioned that they would save a lot on heating bills back in the UK if he went with them, someone else overdosed on the wonderful sweet oranges and visited a lot of loos which were not to her standard. We did tell everyone… One woman wandered off by herself and apparently had her hearing aid switched off by mistake so our cries of

” …… where are you?” went unheeded. We did find her sitting on top of a pile of rugs with Mohammed, who else, plying her with coffee and asking her if she had any daughters for sale. It was a good things she didn’t understand what he was saying.

Returning to the hotel by caléche (horse drawn carriage) our driver, a 6-foot Adonis with deep brown eyes called Mohammed  ( who else ) was a magnet for the ladies. While negotiating the price, the women were fighting as to would have the pleasure of sitting next to Mohammed and ruined my expert haggling skills by insisting I “pay whatever he wants!”

Our journey on to Agadir turned into a marathon as one of the ladies left her handbag at a comfort stop. 100 kilometres later we discovered her handbag cling-filmed for safety by the petrol station manager who would not hear of accepting a tip as a thank you. The Moroccans are honest, hospitable and display exquisite manners, but never forget that ripping-off Westerners and each other is a favourite national pastime. I often thought they get together and make a deal as to who can rip off people the most. The winner get a camel, or something.

At Agadir we took advantage of a hypermarket to stock up with a supply of wine for the coming week. Axles creaked under the weight of copious bottles of red, white and rosé on the final leg to the unspoilt village of Aglou. I had never thought they could drink so much, wrong, John. It felt as if we were the first Westerners to venture this far south and we were relieved to be welcomed royally by the villagers and after settling into our two villas, we assembled for a celebratory drink looking out over the infinity swimming pools toward the Atlantic ocean, with gin and tonics for all. Large ones. Small drinks were simply not on.

The local police were delighted to see three Spanish-plated cars touring the area and issued fines galore at every possible moment. We felt as if we had made a major donation to the life style of the local police force and will not be contributing to the Moroccan police ball, even if Mohammed was going to drive us there.

A day trip into the High Atlas proved to be the highlight of our journey. On a single track road to the village of Tarfout, we squeezed past camels, donkeys, vintage Mercedes taxis and ladies swaying under the weight of towering stacks of firewood. Looking for a Sofitel or Four Seasons Hotel for lunch, we happened upon an exotic Berber tent in the centre of Tarfout village. Offered the local cactus firewater and an extensive menu of probably camel or goat tagine, we settled for a perfect Berber omelette. It was quite an experience.

Using our trusty sat navs to return to Aglou, we found ourselves taking the ‘scenic’ route, which I can only describe as being totally ” lost in Morocco”.  With not a hotel or service station in sight as darkness descended, the sighs of relief were audible as the welcoming lights of our village finally emerged from the shadows. More large gin and tonics were mixed.

Our week passed lounging and swimming in our gorgeous pools while the maid prepared mouth-watering lunches of tagines and local salads. We bartered with the local fishermen for their catch (at a fraction of Mercadona’s prices); walked along the golden soft, sandy beaches and tried to play bridge but never really succeeded. Put it down to those large gin and tonics.

On the last day as we commenced the 1,075 kilometre journey northwards, one of our number took a diuretic by mistake. The increased comfort stops, loos I have known, as well as regular police speed checks, no speeding as we were having to stop all the time for diuretic Don ( not real name)  added more than two hours to the journey and we boarded our ferry at Tangier with minutes to spare!

A fabulous time was had by one and all and I am looking forward to my next adventure with a new group to experience the delights of Morocco. 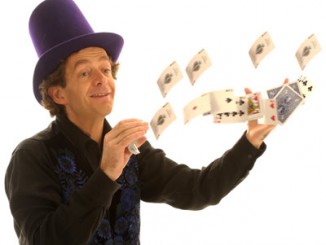 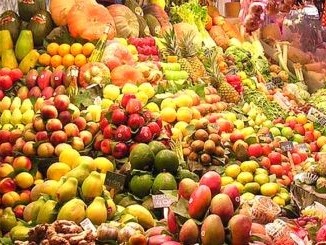 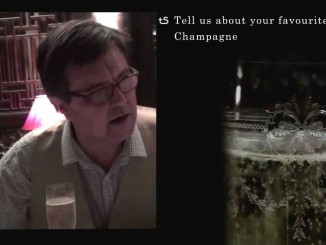 The Best Champagnes by Edward Tatham

PRESS RELEASE – –  In a new anthology of personal and powerful stories, ten women share the emotional and practical realities of life away from ‘home’. These brutally honest essays cover the real experiences of […]

Starting the 1st February from 11:00 until 12:00, Age Concern Marbella & San Pedro, will be running a six week Mindfulness & Grief group. The sessions are aimed at those who have lost a loved […]