Nude restaurant in Spain allows diners to eat their food directly off the naked bodies of their model waiters and waitresses.

A new nude restaurant in Spain will allow diners to eat their food directly off the bodies of their model waitresses.

The Innato Tenerife – which opened this week – encourages diners to peel off for a mouth-watering menu in what owners describe as an ‘orgasmic atmosphere’.

Guests have to check in their smartphones and cameras to spare other customers’ blushes before they are led to a changing room to strip down to a bathrobe. 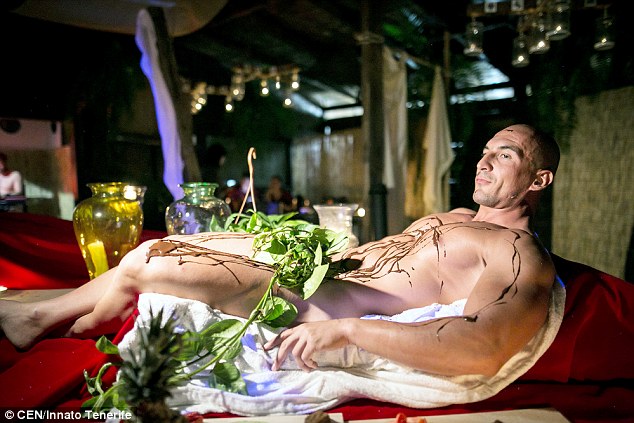 The happy ending dessert: A male model poses with chocolate all over him ready to be eaten 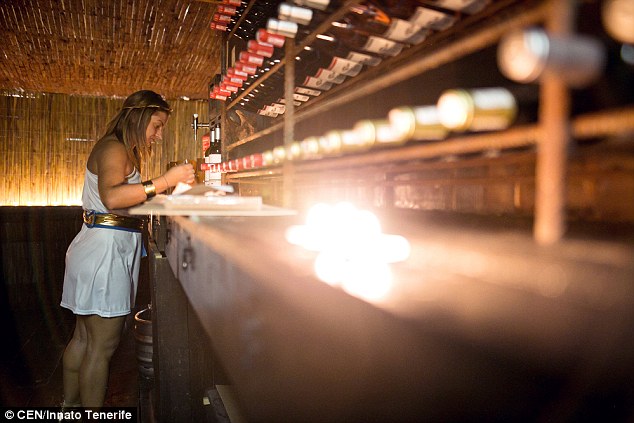 Can I take your order, please? A waitress takes down an order at the bar of the new restaurant

Then they walk to their candlelit table where they take off the robes and soak up the intimate atmosphere.

Discreet bamboo partitions screen tables from each other so customers are able to let themselves go without the fear of being seen.

Specials include the ‘aphrodisiac menu’ served on male and female models who serve as human tables, with just the odd fig or vine leaf to cover their modesty.

Especially popular is the ‘Happy Endings’ dessert, where the models smother themselves in melted chocolate sauce so diners can dip their strawberries. 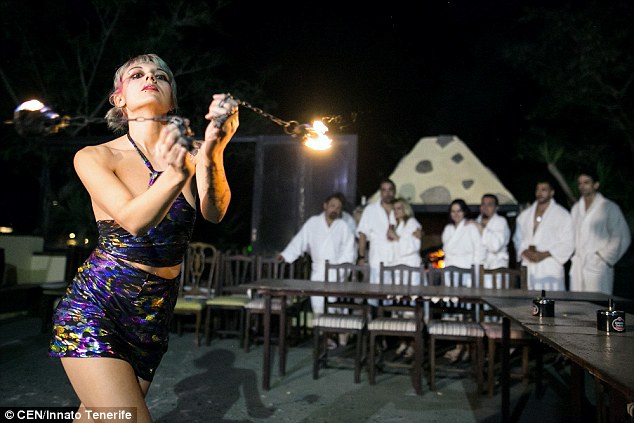 Al fresco: A waitress performs with fire in the outside dining area of the Spanish restaurant 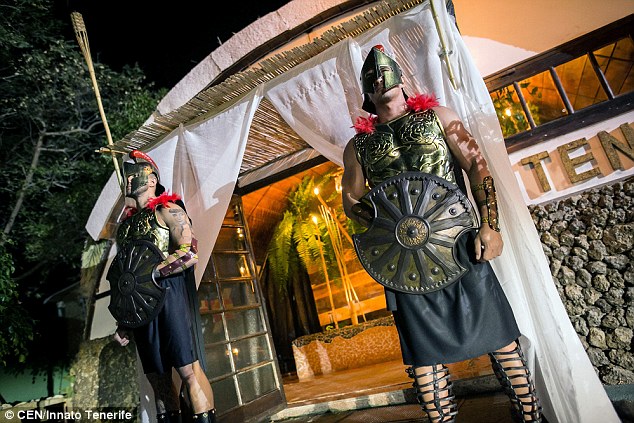 Standing to attention: Two male models guard the doors to the Innato Tennerife in Spain 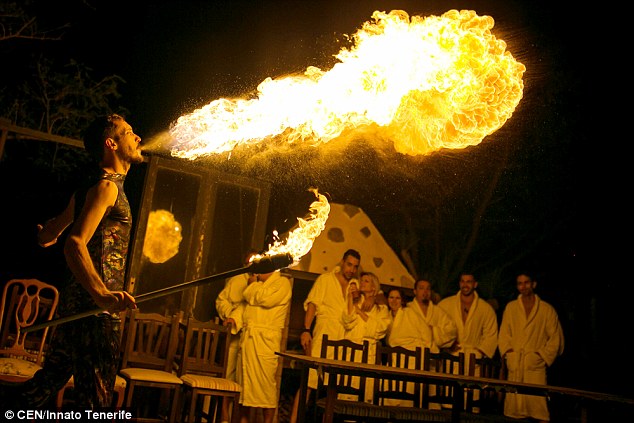 Hot food: Performer at the restaurant breathes fire in a performance for bathrobe-clad diners

Other favourites on the 150-EUR (129-GBP) a head menu include a dish called Pulp Fiction, with octopus, potato and paprika, and Olindo Lobster, with lobster mango, mustard and brandy.

Owner Tony de Leonardis – who was inspired by London’s The Bunyadi pop-up restaurant – says customers at his venue in San Isidro soon get used to eating in the buff.

And some, reports local media, have revealed that the experience even revives their love lives.