SPAIN resorted to “bully boy tactics” on the Gibraltar border today after Brits were caught up in five-hour delays because of increased security checks.

Hundreds of Brit cars were stopped by a special border enforcement team deployed from Madrid amid tensions over the Rock. 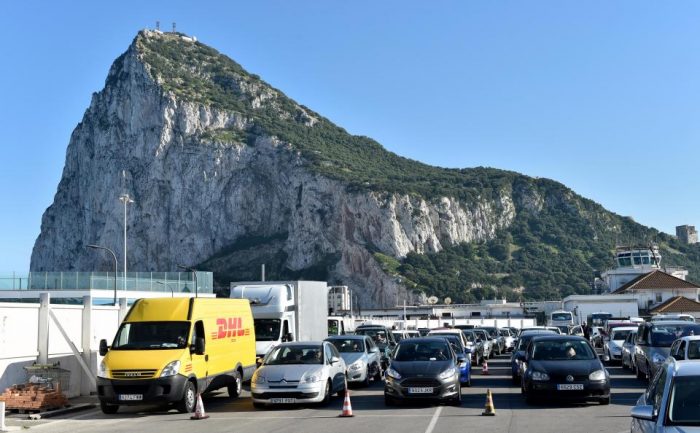 Traffic tailed back from the checkpoint close to the Rock’s airport for more than two miles and cops were called in to set up a waiting zone.

The tighter checks came one day after a Royal Navy patrol boat was forced to chase a Spanish warship out of British waters off Gibraltar. 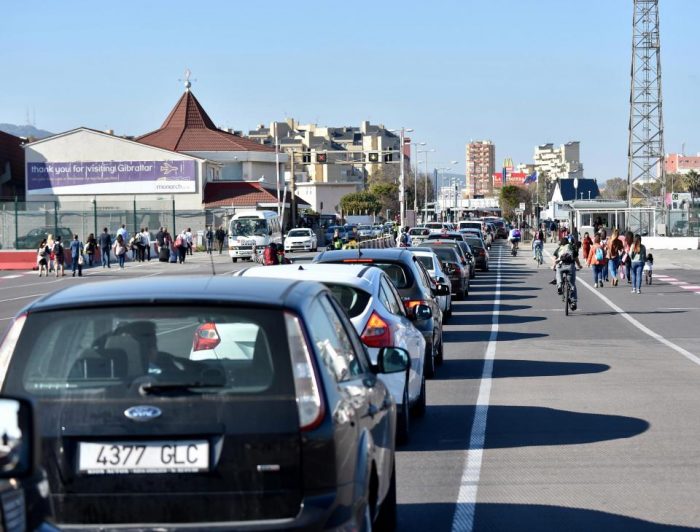 Local police and the government of the British outpost tweeted warnings of the delays to motorists and pedestrians who were also caught up in the chaos.

Spanish border police were manually checking every passport and asking for residency permits sparking the tailbacks.

Brit tourist Matthew James, 46, from Hull, was caught up in the hold up after going to Gibraltar on a day trip from nearby Malaga.

The property landlord said: “I have been here two hours already and the police are saying it will take another three hours easily.

“That’s five hours and all because Spain is being a bully and flexing her muscles. They are just trying to intimidate the British and cause problems.

“I come to Gibraltar at least ten times a year and I have never seem the queues as bad as this.

“These are the sort of tactics Spain uses to try and show who is boss. They send boats into Gibraltarian territorial waters then they do a go slow at the border.”

Tighter checks were expected to come into force later this month following changes to the Schengen Border Code in the wake of 2015 terrorist attacks.

The changes mean travel documents will need to be checked against databases for all people entering or exiting the Schengen area – made up of 26 European states.

VIDEO OF THE ROYAL NAVY CHASING OUT A SPANISH PARTOL BOAT