The 2017 Michelin Guide for Spain and Portugal was unveiled last night at a (Michelin) star-studded fete in the Spanish province of Girona.

The site for this year’s celebratory gala was none other than Mas Marroch, the elegant country estate and event space run by the gastronomic trio of the Roca brothers, of Girona’s El Celler de Can Roca.

Here, prestigious Spanish and Portuguese chefs came together for the eighth consecutive year that the presentation of this annual Michelin guide also served as excuse for a gala event and a celebration of the achievements of many of the top chefs from these two countries. Fortunately, there were plenty of things to celebrate.

Spanish restaurants received a total of twenty-one new Michelin stars in the 2017 guide, including the awarding of a coveted third-star to Martín Berasategui and Paolo Casagrande’s Lasarte restaurant in Barcelona – bringing the total of three-star restaurants in Spain up to nine. 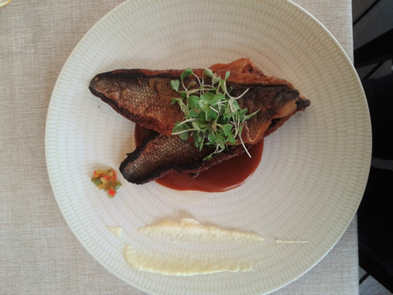