An exhibition coming to London in January will attempt to recreate the impact of the Spanish pavilion of 1937, a little gallery built as cheaply as possible at the Paris International Exposition by Spain’s republican government at the height of the civil war.

The fame of the pavilion, which showcased the country’s radical leftwing artists and the horrors that were happening to its people, was almost entirely retrospective. Few critics who visited the exhibition even mentioned it.

It opened late and stood literally in the shadow of two of the biggest pavilions at the fair: one built by Russia and, directly opposite, another built by Germany, each topped with a gigantic symbolic sculpture. 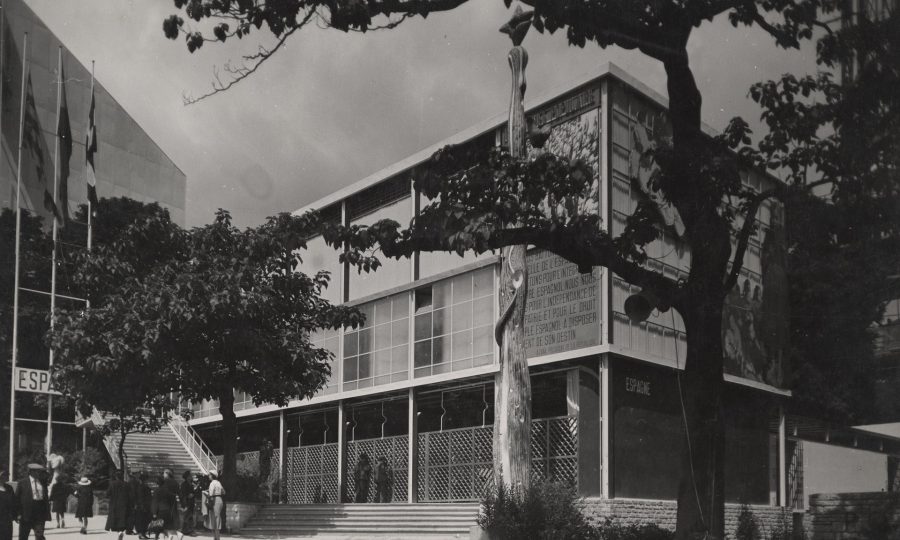 At the end of the fair, the organisers jointly awarded the prize for best pavilion to those two hulking monuments to totalitarian politics and art, while the young Spanish architects, Josep Lluís Sert and Luis Lacasa, fled into exile.

It also unveiled extraordinary works by two of the most famous artists of the day.

One was Pablo Picasso’s Guernica, a howl of rage at the virtual obliteration of a small Spanish town by German bombing. He made the painting in his studio, but finished it on site, where, in one version of a famous story, a workman from the German pavilion spotted him and asked if it was his work. “No, yours,” Picasso retorted. The painting went on to become one of the most famous works of art of the 20th century.

The other was The Reaper, a towering mural painted directly on to the stairwell wall by Joan Miró, which has not been seen since the pavilion was demolished. Although it could have been cut free and salvaged by some canny dealer, it may have been broken up with the rubble from the pavilion.

Miró’s grandson, Joan Punyet Miró, still hopes his grandfather’s work may resurface one day. The painting, exhibited in a pavilion that also highlighted the folk art and customs of the people, was personal and political to Miró, he said. “El Segador [The Reaper] reflected the pain, suffering and revolutionary angst of the Catalan people, on seeing how their identity, their language and their culture risked being engulfed by a nationalist victory.”

Barcelona’s Mayoral gallery is bringing the exhibition about the pavilion to Duke Street in London from 18 January, and has attempted to recreate Miró’s lost painting – with one major problem.

While Guernica was painted in grey, white and black, The Reaper is assumed to have blazed with Miró’s trademark crimsons and yellows – but there is no colour photograph of the original. The work has therefore been recreated by scanning, enlarging and stitching together the best surviving images of it, in black and white. It is huge, but slightly under the original height of more than 5 metres because of space restrictions. 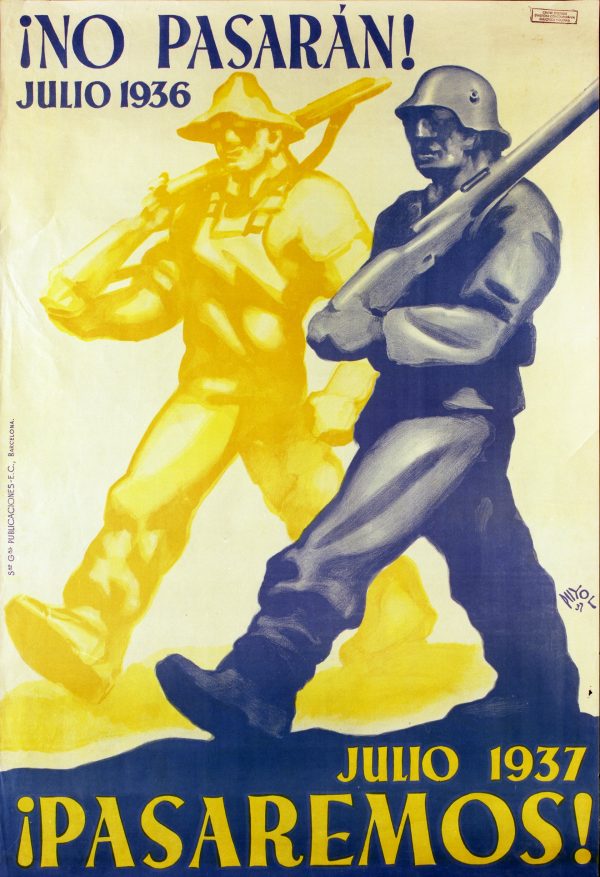 The exhibition will also show revolutionary posters and propaganda materials displayed in the 1937 pavilion, plus original posters and programmes for the fair, and drawings by many of the artists.

The pavilion itself was recreated in Barcelona after the event and is now a library of Spanish civil war material.

“For many of us people born in the 50s and 60s, the pavilion continues to have a very special meaning,” Punyet Miró said. “We lived during the latter years of the dictatorship, the transition period and the arrival of democracy.”

Despite Spanish and foreign scholars studying the pavilion in minute detail, he said, there was more to discover. “There are still mysteries to be uncovered, like where is Miró’s work, The Reaper, still missing today?”