Beautiful Cities in Spain –  often left out of the limelight!

When you take your first glance, Spain’s biggest port city appears to have few things to offer, but travelers who take a moment to look underneath Bilbao’s industrial facade will find a lot more to explore. Bilbao’s standout attraction has to be the Guggenheim Bilbao Museum, one of architect Frank Gehry’s most spectacular achievements in our opinion. The curvaceous titanium-clad building is home to more than 100 exhibitions of modern art. A short walk from the museum over the futuristic Zubizuri footbridge, leads visitors to the historic Old Quarter, which has several important and memorable churches. The restored Santiago Cathedral in Bilbao dates back as far as the 1300s and exemplifies the Gothic Revival architectural style. The nearby 16th-century Basilica de Begoña features multiple large-scale paintings by the Italian Baroque artist Luca Giordano.

Girona is located in Spain’s northeast region of Catalonia, Girona is a small medieval city with a long and varied past. For its ability to withstand invasions from powerful forces for centuries past, Girona is known as “The City of a Thousand Sieges.” An exploration of the city’s Old Quarter takes visitors past Roman walls, Gothic churches and Moorish baths, and it’s quite easy to get lost in time navigating the labyrinth of narrow alleyways and stone lanes. A visit to Girona is not complete without climbing the 89 steps to the Girona Cathedral to view its famous “Tapestry of the Creation,” an embroidered panel that dates back to the 11th century. The scenic riverside “Rambla de la Llibertat,” The main promenade, is lined with cafés, shops and restaurants to enjoy whilst visiting this beautiful City.

Most visitors come to the Andalusian town of Jerez del Frontera for its world-famous sherry, but they often succumb to the city’s many other charms as well. Jerez del Frontera’s history dates back nearly 3,000 years, and remnants of its past are scattered throughout the city for all to see. The city’s star attraction is the Alcazar, a Moorish fortress built in 1255. The complex features a mosque, Arab baths and picturesque gardens. Jerez de la Frontera has several themed museums too, including a clock museum, a flamenco museum and another about the region’s fine wines. The city’s Old Quarter is notable for its Mudéjar chapels and for its archeological museum, which has artifacts ranging from a 7th-century-B.C. Greek helmet to a 15th-century blown-glass ceiling lamp, So if you enjoy your history Jerez de la Frontera wont disappoint.

Ourense is a provincial capital in Spain’s Galicia region situated along the banks of the Miño River. This city is best known for its many scenic bridges, some of which date back to the Roman Era. Although surrounded by urban sprawl, the heart of Orense has been lovingly restored and preserved, and wandering through the Old Quarter can give visitors a feel as if they’ve traveled back in time. The city’s sloping Plaza Mayor features structures constructed during the city’s 18th-century expansion. Orense is also notable for its “pozas,” hot springs that bubble up to the surface throughout the city, including along the banks of the Miño.

Burgos is the capital of Spain’s Castile region for nearly 500 years, Burgos has played a significant role in the country’s history. As the home and burial place of the medieval Spanish hero El Cid, the city has always attracted visitors interested in Spain’s rich past. A recent push to recognize Burgos as a designated “European City of Culture” has brought the city’s best historic attractions to the forefront of its tourism. From its towering spires to the slab of marble that marks the tomb of El Cid, the beautiful Cathedral of Burgos has been restored to its Gothic glory. The Old Quarter is surrounded by green spaces, including the beautiful parks on the banks of the Arlanzón River known as the Paseo de la Isla.

Huesca is a small town located in Aragon region of northeastern Spain, Huesca attracts travelers who use the city as base for visits to the nearby Loarre castle, or for ski trips in the Pyrenees Mountains, but there are many more attractions within the city worth seeing as well. The partially restored Old Quarter boasts the 13th-century Huesca Cathedral that features stone statues of the twelve apostles. The main attraction of Huesca is the Abby of San Pedro el Viejo with its picturesque Romanesque cloister. The Miguel Servet Park, the city’s largest public green space, is worth a visit as well. The centrally located park features wide lanes lined with mature trees, a wide range of sculptures and numerous water features.

Up Next…The History of Design and Culture – The Greeks! 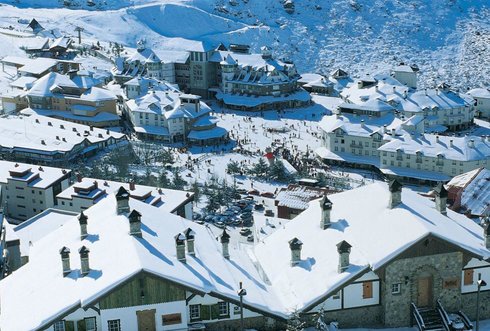