Critique of V4 Vengeance by James Kayll of The Culture Clique

V4 Vengeance is a well-researched novel with an unusual but plausible plot.  Mothballed World War 2 German submarines, Russian mafia and three retired Royal engineers are the prime characters. The novel moves at a good pace and one is left wanting to turn over to the next page to read what is there. The action takes one from the Baltic to New York and to the Caribbean.

The author has obviously done considerable research into the armaments used in the latter part of WW2 and the weapons being developed by the German scientists at that time.  I would recommend this as a good read and would think there would be possibilities of film rights in the wake of “ The hunt for Red October “

Nigel Seed was born in Morecambe, England, into a military family. His father was a serving officer and both his grandfathers served in the First World War. He grew up hearing his father’s tales of adventure during the Second World War, and this kindled his interest in both military history and storytelling.  He received a patchy education, as he and his family inevitably followed service postings from one base to another. Perhaps the need to constantly change schools contributed to his odd ability to link apparently unconnected facts and events in order to weave his stories.

Following formal education, he not surprisingly joined the Army, serving with the Royal Electrical and Mechanical Engineers in many parts of the world, including several tours in Northern Ireland, Germany, Canada, Zimbabwe, Cyprus and the Falkland Islands.  Upon leaving after a full engagement, he joined the Ministry of Defence as a Quality Assurance Officer, and also lectured part-time at a University whilst taking a Master’s degree in Information Technology. During his time with the Ministry of Defence he formed strong links with overseas armed forces, including the USAF, and cooperated with them, particularly in support of the AWACS aircraft.

Within his civil service career he also held senior managerial posts in the British Home Office, and the Department of Justice, including a period making himself distinctly unpopular as one of the directors of the now defunct UK ID Card programme.  Nigel is married with two adult children, and now lives in Spain – half way up a mountain with views across orange groves to the Mediterranean. The warmer weather helps him to cope with frostbite injuries sustained in Canada, years before, when taking part in the rescue effort for a downed helicopter and its crew on a frozen lake.

Living in a house on a mountainside gives him the opportunity to create his own ‘man cave’, in a space where rock beneath the house was dug out to create a study, and where he can hide away to write in peace and play the odd computer game without being interrupted.  His books are inspired by the many places he has visited, and true events either experienced personally, or read about. He also makes a point of including family jokes and stories in his books to raise a secret smile or two, along with family dogs which seem to make regular appearances.

Nigel’s hobbies include sailing and he is a keen supporter of ‘Sailability’, the international sailing charity for disabled sailors of all ages. As well as sailing on inland lakes he has also sailed in the Caribbean and the Baltic where he first heard the legend of the hidden U Boat base, that formed the basis of his first book, some thirty eight years later.

Thankfully, more time is now being devoted to writing – along with slowly perfecting his Spanish, as well as enjoying Spanish food and wine – a little too much! 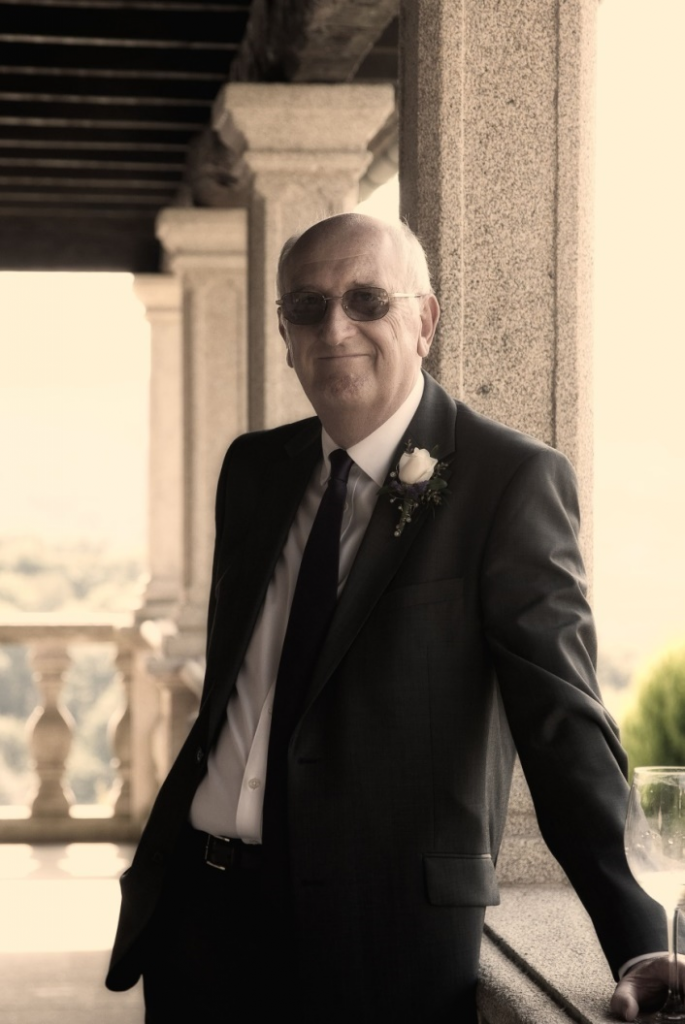 More Books – Could Spain be Ruled by Muslims Again?